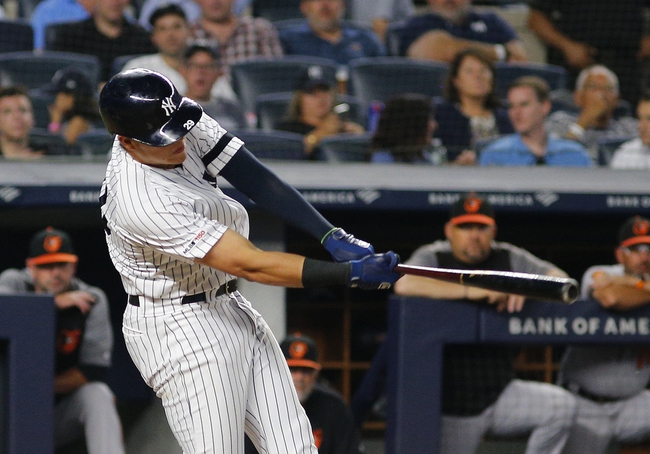 TV: YES, MASN Stream the MLB Game of the Day all season on ESPN+. Sign up now!

The Baltimore Orioles and the New York Yankees will meet up on the MLB diamond to finish their series on Wednesday.

In the doubleheader opener on Monday, the Yankees got a pair of victories 8-5 and 11-8. In the Tuesday game, New York got one again with an 8-3 win.

Baltimore logged six hits in the loss Tuesday. No Orioles hitter had more than one knock; Santander, Wilkerson and Nunez logged solo shots.

New York put up 15 hits in the win Tuesday. Every Yankees batter had at least one knock. Gio Urshela led the way on an RBI, a run and three hits.

Bundy has been okay over his last three games, but is just 0-1 to show for it. In that span he’s put up 16.1 innings and eight earned on 17 hits. Bundy has gone at least 94 pitches in each of his last four as well.

As for Happ, he’s hit some bumps with just one quality start in his last four outings and a 1-2 record in that time. If there’s an opportunity to try the Orioles in this series, it’s probably here.