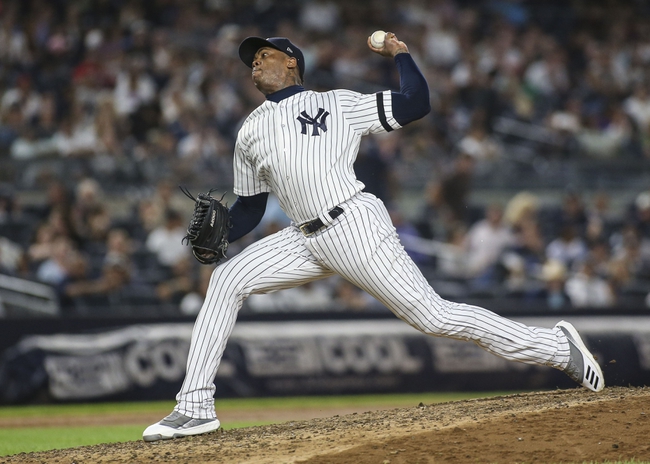 The Cleveland Indians and the New York Yankees will meet up on the MLB diamond Saturday to continue their series.

Cleveland destroyed the Yanks 19-5 in the Thursday opener. In the Friday game two New York struck back 3-2.

Cleveland put up just four hits on Friday. Jose Ramirez had three of them with a solo homer as well.

New York plunked down 10 hits on Friday. Gio Urshela led the team on a 3-for-4 line and Aaron Judge had two knocks with two RBI.

Plesac has ben relatively solid lately, and he hasn’t taken a loss since the beginning of July. That said, he has given up seven earned combined in two of his last three starts.

As for Paxton, he’s sitting on three straight quality starts but prior to that wasn’t pitching well in two straight losses. I’m going to tentatively take the Yankees here but I’m not so certain.