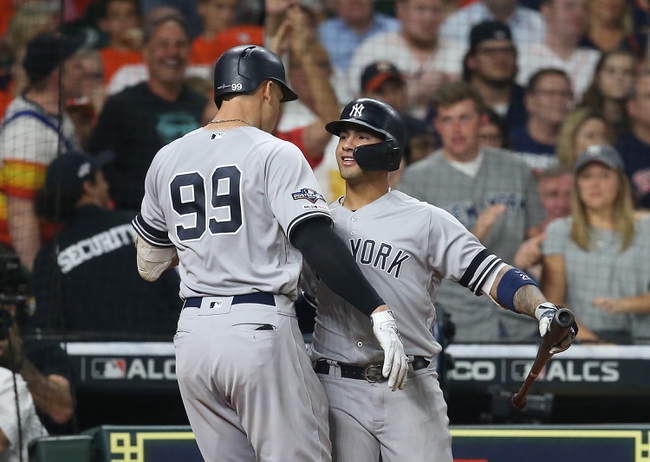 The Houston Astros are set to visit Yankee Stadium in New York, New York for game 3 of the ALCS against the New York Yankees. The Houston Astros come into this matchup with a 1-1 record in this series, and they will be looking to continue their success after winning game 2 against the New York Yankees, 3-2 in 11 innings. Justin Verlander received the starting nod for the Houston Astros, and he had success as he gave up 2 earned runs in 6.2 innings. Carlos Correa had a big game from the plate for the Astros as he contributed 1 HR and 2 RBIs.

The Houston Astros have a clear advantage on the mound with Gerrit Cole, but the Yankees are returning to their home stadium where they have been amazing this season. Gerrit Cole is the most dominant pitcher in the MLB, but the Yankees are able to counter that with their powerful lineup. The Yankees will most likely only put up 1 or 2 runs on the board, but Luis Severino has been good ever since coming back from injury which should keep this game in reach. I expect the Yankees to take game 3 in their home stadium.