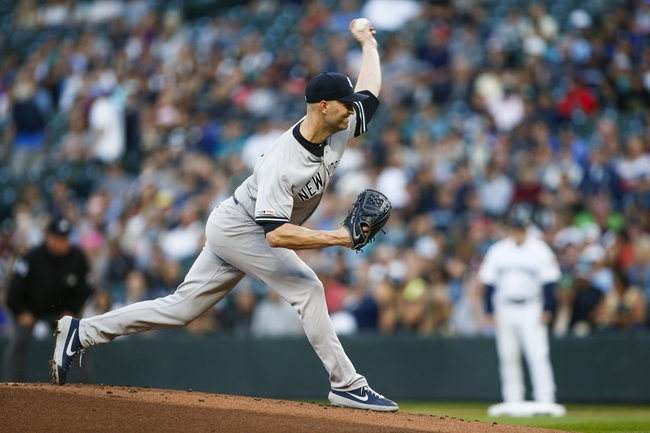 TV: WPIX Stream the MLB Game of the Day all season on ESPN+. Sign up now!

The Toronto Blue Jays and the New York Yankees will kick off their series on Friday.

The Blue Jays just finished off a set versus the Orioles. Toronto took the first two games of that series 8-5 and 11-10. In the Thursday game, the Blue Jays bagged an 8-4 win.

For Friday’s outing, Toronto will go with Jacob Waguespack in the start. Waguespack is 4-5 with a 4.70 ERA and 52 Ks this year.

Over on the Yankees’ side, they just finished against the Angels. New York split the first two games of that set 8-0 (win) and 3-2 (loss), the on Thursday the Yankees locked up the division title with a 9-1 victory.

Happ has been solid over his last three starts. In that span he’s posted just two earned on 10 hits in 17.0 innings and has two quality starts. I like Happ to keep it going here and help New York get into position to win.