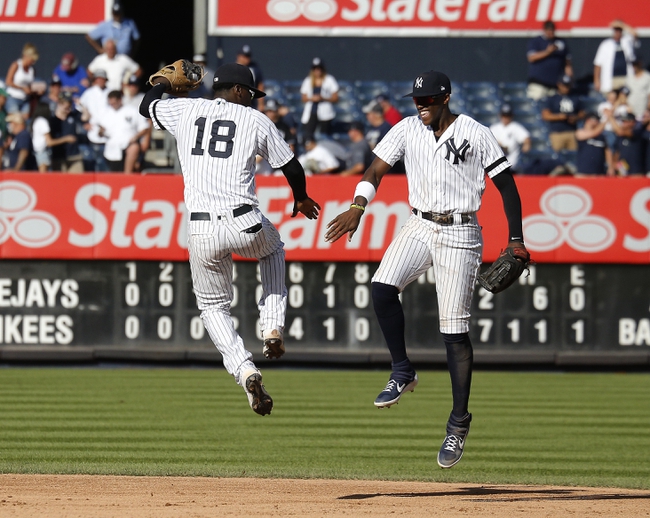 The Toronto Blue Jays and the New York Yankees will meet up on the MLB diamond to finish their series Sunday.

In the Friday opener, the Jays eked out a 4-3 victory. On Saturday, the Yankees evened it up with a 7-2 win.

Over on the Yankees’ side, they will send out Luis Severino. Severino looked solid in his first start of the year, going four scoreless innings against the Angels Tuesday.

Thornton has posted some pretty nice numbers over his last three appearances. In two relief outings and one start, He’s given up just two earned across seven hits in 14.2 innings of work. He’s just 1-2 over his last eight games though.

All things considered, with the thick line on the Yanks I think it’s worth taking the Jays here with Thornton on the mound.