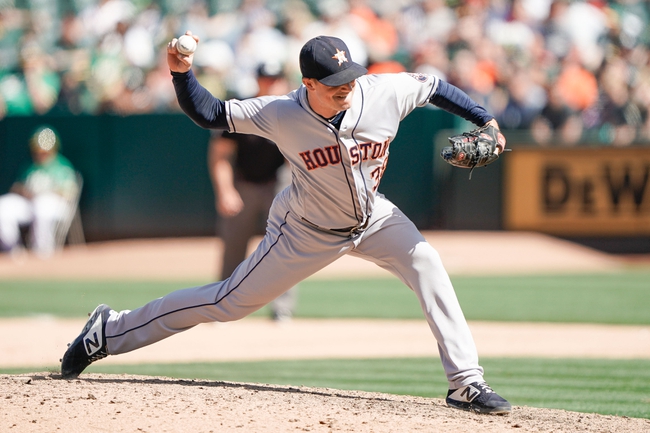 The Houston Astros and the Oakland A’s meet in the finale of their four game AL West division set in MLB action from Oakland Coliseum on Sunday.

The Houston Astros will look to avoid the sweep after dropping the first three games of the set following an 8-4 loss in game three on Saturday. Yordan Alvarez led the Astros with a pair of home runs and three RBIs while Alex Bregman had a double and an RBI to round out Houston’s scoring as a team in the losing effort. George Springer and Michael Brantley each had two hits while Jose Altuve, Yuli Gurriel and Martin Maldonado added base hits as well to finish off Houston’s offense in the defeat. Rogelio Armenteros took the loss, falling to 1-1 on the year after allowing five runs on seven hits while striking out three over three innings of work. Zack Greinke will start game four and is 12-4 with a 2.91 ERA and 143 strikeouts this season. In his career, Greinke is 6-2 with a 3.11 ERA and 69 strikeouts against Oakland.

The Oakland A’s will look to complete the four game sweep after winning game three on Saturday. Mark Canha went 2 for 4 with three RBIs while Mat Olson also went 2 for 4 with two RBIs. Matt Chapman went 3 for 3 with a pair of doubles and an RBI while Stephen Piscotty added a double and an RBI and Robbie Grossman added an RBI to round out Oakland’s scoring in the winning effort. Josh Phegley went 2 for 4 while Marcus Semien and Corban Joseph each chipped in base hits to cap off Oakland’s offense in the win. Chris Bassitt got the win to improve to 9-5 on the year after allowing three runs on eight hits while striking out four over six innings of work. Brett Anderson will start game four and is 10-8 with a 3.95 ERA and 71 strikeouts this season. In his career, Anderson is 1-4 with a 6.58 ERA and 21 strikeouts against Oakland.

I figured Houston would be favored with Greinke pitching as well as Anderson’s documented struggles with Houston over the course of his career. However, Greinke’s allowed seven runs in 12 innings since coming over from Arizona, and while it’s hard to sweep a team over the course of four games, Oakland’s been the better team for the first three. I wouldn’t be surprised if Houston avoided the sweep, but Oakland’s playing well enough and play well enough at home to make the plus money worth a shot for the sweep on Sunday.