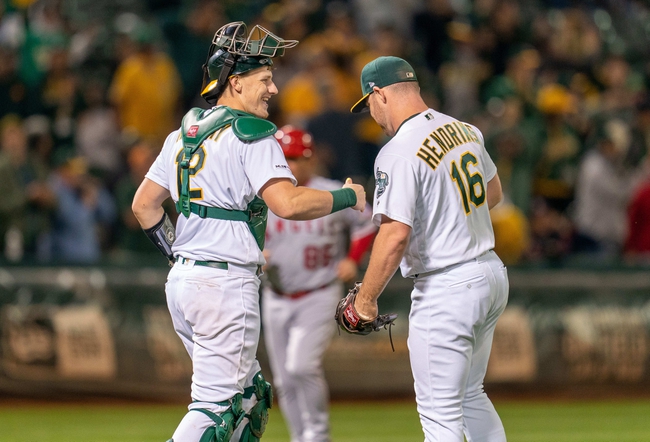 TV: NSCA, FSW Stream the MLB Game of the Day all season on ESPN+. Sign up now!

The Los Angeles Angels need a win after losing 10 of their last 12 games. The Angels have scored eight runs in their last three games and four or more runs in five of their last 10 games. The Los Angeles Angels have lost four of their last six games when scoring four or more runs. David Fletcher leads the Angels with 144 hits and 43 RBI while Mike Trout and Kole Calhoun have combined for 247 hits and 169 RBI. Jose Suarez gets the ball, and he is 2-5 with a 6.71 ERA and 58 strikeouts this season. This will be Suarez’s first career game against the Athletics.

The Oakland Athletics look to stay hot after winning seven of their last 10 games. The Athletics have scored 15 runs in their last three games and four or more runs in six of their last seven games. The Oakland Athletics have won five of their last seven games when scoring four or more runs. Marcus Semien leads the Athletics with 152 hits and 74 RBI while Matt Chapman and Ramon Laureano have combined for 236 hits and 136 RBI. Chris Bassitt gets the ball, and he is 9-5 with a 3.67 ERA and 118 strikeouts this season. Bassitt is 2-2 with a 6.33 ERA and 22 strikeouts in his career against the Angels.

The Los Angeles Angels continue to stink up the joint on the road and look like a team that's simply counting the days until the offseason. Suarez has also allowed 34 hits and 21 earned runs in his last 21.2 innings, and he has a 6.48 ERA and .319 allowed batting average on the road. The Oakland Athletics should have a field day in this contest, cruising to another routine victory over the Angels who can't do anything right at the moment.