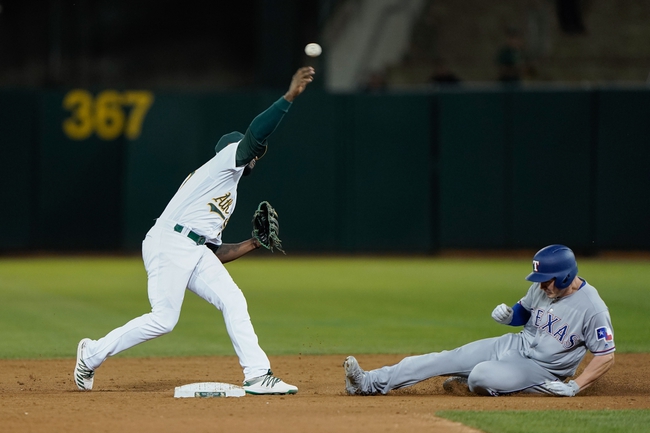 The Texas Rangers need a win to snap a seven-game losing streak. The Rangers have scored five runs in their last three games and three or less runs in six of their last 10 games. The Texas Rangers have lost six straight games when scoring three or less runs. Elvis Andrus leads the Rangers with 155 hits and 68 RBI while Shin-Soo Choo and Danny Santana have combined for 271 hits and 129 RBI. Lance Lynn gets the ball, and he is 14-11 with a 3.77 ERA and 224 strikeouts this season. Lynn is 1-1 with a 6.46 ERA and 19 strikeouts in his career against the Athletics.

The Oakland Athletics look to stay hot after winning 10 of their last 11 games. The Athletics have scored 21 runs in their last three games and four or more runs in eight of their last 11 games. The Oakland Athletics have won 11 of their last 13 games when scoring four or more runs. Marcus Semien leads the Athletics with 178 hits and 88 RBI while Matt Chapman and Matt Olson have combined for 257 hits and 171 RBI. Tanner Roark gets the ball, and he is 10-8 with a 4.12 ERA and 152 strikeouts this season. Roark is 0-3 with a 2.25 ERA and 13 strikeouts in his career against the Rangers.