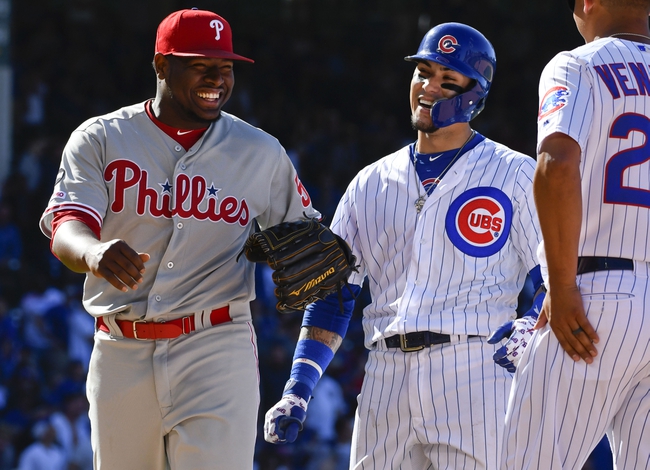 TV: NSPA, NSCH Stream the MLB Game of the Day all season on ESPN+. Sign up now!

The Chicago Cubs and the Philadelphia Phillies will meet up on the MLB diamond Tuesday to kick off their series.

The Cubs are coming off a weekend set against the Reds. Chicago managed to split that one, falling Friday and Saturday but winning 12-5 Thursday and 6-3 in the Sunday finale.

Over on the Phillies’ side, they’re fresh out of a series versus the Giants this past weekend. Philadelphia was able to get only one game in that set, a 9-6 victory on Friday, but otherwise dropped the remaining three.

Quintana has consecutive quality starts under his belt, bagging three earned runs in 13.0 innings during that time—both wins. He’s also 6-0 in his last seven starts.

As for Vargas, he’s given up nine earned over his last three starts in a span of 17.0 innings and has just one quality start in that stretch.

This isn’t too bad of a pitching matchup if both guys are on, but Quintana seems more reliable these days. I’m going Cubs.