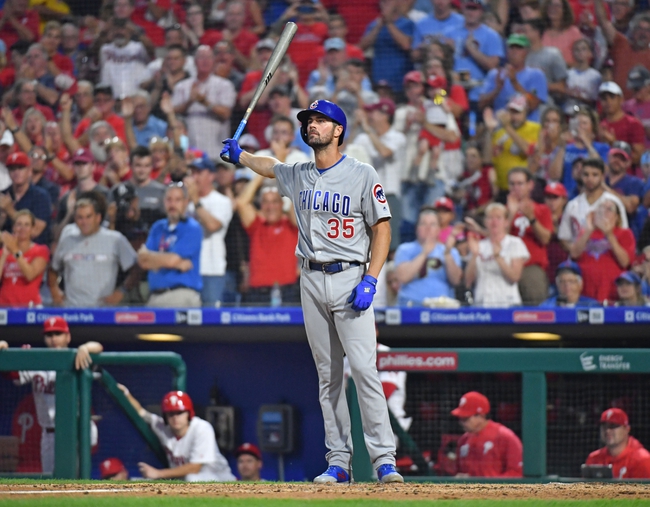 TV: NSPA, WGN Stream the MLB Game of the Day all season on ESPN+. Sign up now!

The Chicago Cubs and the Philadelphia Phillies will meet up on the MLB diamond to finish their series on Thursday.

In the Tuesday opener, the Phillies bagged a 4-2 victory. On Wednesday, Philadelphia kept it going with a big 11-1 win.

In the loss Wednesday, the Cubs only put up four hits. Kris Bryant provided the only run with a solo homer in the seventh.

Bryce Harper had a great night for the Phillies with two homers, three RBI and the hits lead (3) in the win Wednesday.

Meanwhile, the over is 4-1-1 in Philly’s last six Thursday games and 2-5 in their last seven versus a right-handed starter. The Phillies are 11-4 in their last 15 versus the NL Central as well.

Darvish had a couple of good starts going, with three earned in 11.0 innings, but stumbled a bit in a loss his last time up with four earned in 6.0 innings on three homers.

As for Smyly, he’s put up nine earned over 10.2 innings on 11 hits in his last pair of starts and could use a good outing here as well.

So long as the Cubs can hang a few support runs on the board I don’t think Darvish is overmatched here. I’m going Chicago.