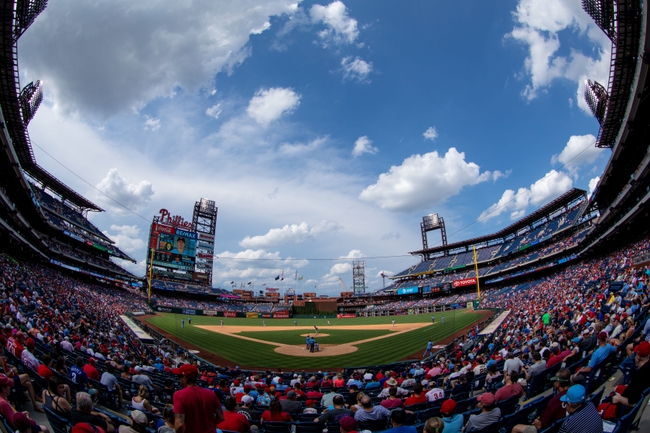 The Chicago White Sox and the Philadelphia Phillies meet in game one of a three game interleague set in MLB action from Citizens Bank Park on Friday.

The Chicago White Sox need a win after losing four straight and eight of their last nine games following a 4-0 loss in their series finale against the Mets last time out. Leury Garcia, Jose Abreu, Eloy Jimenez and Tim Anderson each had a base hit as none of Chicago’s four base hits went for extra bases in the losing effort. Dylan Cease took the loss, falling to 1-4 on the year after allowing four runs, three earned, on seven hits while striking out six over seven innings of work. Ivan Nova will start game one and is 6-9 with a 5.23 ERA and 81 strikeouts this season. In his career, Nova is 2-1 with a 2.53 ERA and 19 strikeouts against the Phillies.

The Philadelphia Phillies will look to keep the ball rolling after winning their series with San Francisco, taking Thursday’s rubber match by a final score of 10-2. Cesar Hernandez and J.T. Realmuto each had a home run, a double and three RBIs, while Scott Kingery had three hits and two RBIs. Roman Quinn added a solo home run of his own while Adam Haseley, Rhys Hoskins and Bryce Harper each chipped in a base hit to finish off Philadelphia’s offense in the victory. Jake Arrieta gave up two runs, one earned, on four hits while striking out five over four innings of work, not factoring in the decision. Jose Alvarez got the win in relief to improve to 2-2 on the year. Jason Vargas will make the start and is 6-5 with a 4.01 ERA and 81 strikeouts this season. In his career, Vargas is 3-3 with a 5.79 ERA and 43 strikeouts against the White Sox.

Vargas left the Mets with the team winning his last three starts, but that doesn’t change the fact that Vargas has a 6.23 ERA at Citizens’ Bank Park in his career. Philadelphia is the better team and are in a better position right now, but Nova has been one of the bright spots for the White Sox during this recent slump, giving up just one earned run in his last two starts spanning 15 innings of work. The issue for the White Sox is that those starts came at home, and while he’s been a better pitcher on the road than at home, Nova still has a 5.12 ERA on the road this season. I don’t trust the starting pitching here, so I’ll side with the over as I see both starters getting touched up in this one.