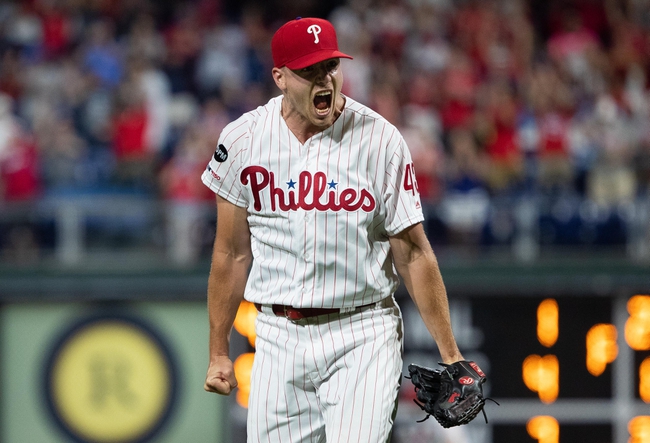 TV: NSCH, NSPA Stream the MLB Game of the Day all season on ESPN+. Sign up now!

The Chicago White Sox and the Philadelphia Phillies will meet up on the MLB diamond Sunday to finish their series.

In the opener of this set Friday, the Sox eked out a 4-3 win. On Saturday, Philly returned the favor with a 3-2 win.

Chicago put up five hits in the Saturday game, and could only score in two different innings. Jon Jay was the only other player on the Sox lineup with two hits, and he also had an RBI.

Philly only recorded four hits in the win Saturday, but made them count. Harper and Hoskins each hit solo home runs to set the pace.

Lopez has a pretty nice run going over his last four starts, with three quality outings and a combined six earned over 26.1 innings. Thing is, he’s just 1-1 in that time.

As for Smyly, he has two good outings since coming to Philly, with one earned in 13.0 innings.

I like both pitchers here, but I’m leaning toward the Phillies due to offensive potential.