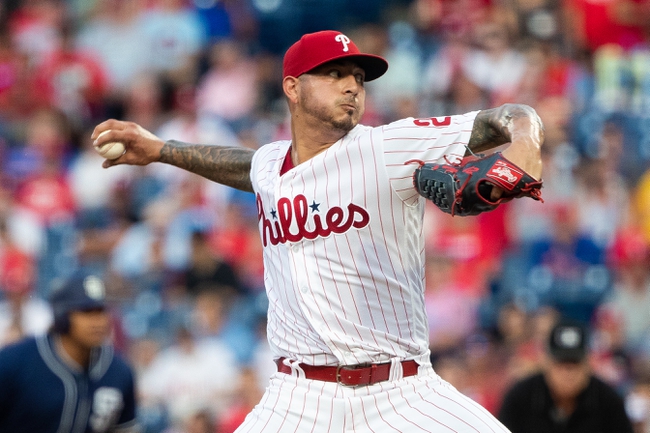 TV: ATPT, NSPA Stream the MLB Game of the Day all season on ESPN+. Sign up now!

The Pittsburgh Pirates and the Philadelphia Phillies will close out their MLB series on Wednesday.

In the opener of this set Monday, the Phillies eked out a 6-5 win. On Tuesday, the Pirates returned the favor with a 5-4 victory.
For Wednesday’s game, the Pirates will send out Mitch Keller in the start. Keller is 1-2 over 27.1 innings this year with a 7.24 ERA, 33 Ks and 11 walks.

Pittsburgh put up 11 hits in the win on Tuesday. Leading the way for the Pirates was Bryan Reynolds, with three hits and a two-run homer.

Over on the Phillies’ side, they’re going with Vince Velasquez in the start Wednesday. Across 91.1 innings and a 5-7 record this year, Velasquez has a 4.93 ERA with 98 Ks and 35 BBs.

Philly logged 11 hits in the Tuesday game as well. Realmuto, Dickerson and Hasley each had two knocks there.

Keller had a rough outing against the Cubs (six earned; seven hits; 4.1 innings) but came back with a quality start his last time up, going 6.0 innings with six hits and one earned.

As for Velasquez, he coughed up seven earned on five hits in 2.1 innings in Miami his last start, but prior to that had been on a decent run. I’m sticking with Velasquez to bounce back here and going Phillies.