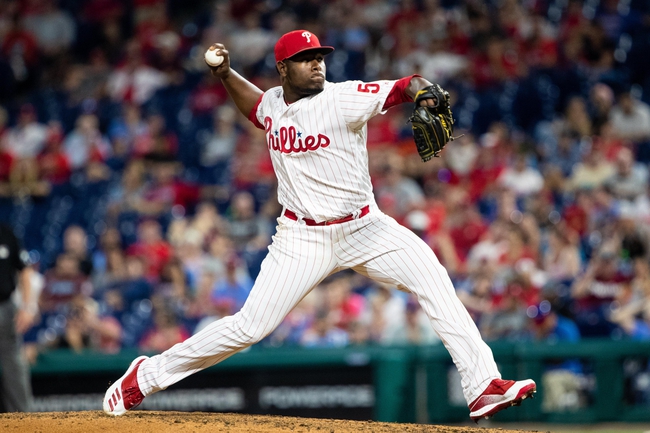 The San Diego Padres and the Philadelphia Phillies will finish up their MLB series on Sunday.

In the opener of this set Friday, the Phillies powered out an 8-4 win. On Saturday, the Padres scored three in the fourth inning to tie it up and held on for an eventual 5-3 win.

San Diego put up 12 hits in the Saturday game. Leading the way was Eric Hosmer with three hits and a run in five tries.

The Phillies could only muster six hits in the Saturday game and couldn’t score after the third inning. JD Realmuto finished with two hits and a solo homer.

Luchessi has been okay but not great over his last three starts, bagging nine earned runs across 15.2 innings with an 0-2 record in that stretch.

As for Vargas, he came out with a quality start his last time up with two earned on five hits in 6.0 innings. I like Vargas to keep it going here so I’m going Phillies.