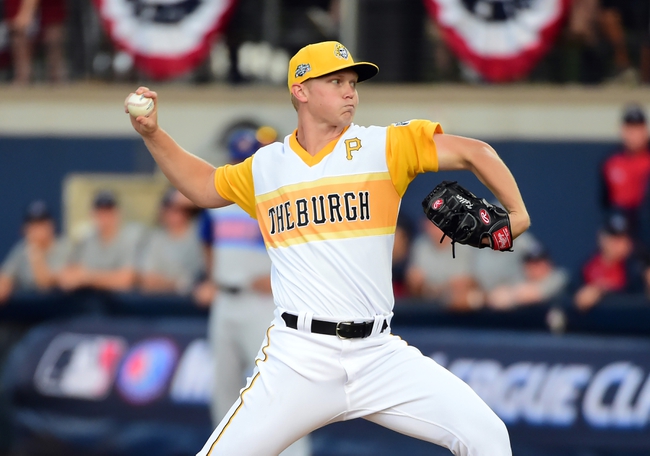 TV: FSOH, ATPT Stream the MLB Game of the Day all season on ESPN+. Sign up now!

The Cincinnati Reds and the Pittsburgh Pirates will match up on the MLB circuit to kick off their series Friday.

The Reds are coming off a set versus the Padres this week. Cincinnati lost the Monday game 3-2 but won Tuesday 3-2 and Wednesday 4-2 to take the series.

Over on the Pirates’ side, they’re fresh out of a series versus the Nationals. Pitt managed a 4-1 win on Tuesday but were destroyed by a combined 24-1 score in the Monday and Wednesday games. On Thursday, Pittsburgh fell again 7-1.

Meanwhile, the Pirates are 2-5 in their last seven Friday games and 8-21 in their last 29 in game one of a series. Pitt is 1-4 in Keller’s last five starts and 1-4 in his last five on grass.

DeSclafani had a rough outing in DC, going just 4.0 innings with six earned on six hits. He fared better in a win his last time out against the Cardinals though, with 5.0 innings and one earned.

As for Keller, he really only has two good starts out of five this year, and is coming off six earned on seven hits in 4.1 innings against the Cubs his last time up. I don’t have a lot of trust in the Pirates these days, so I’m going Reds here.