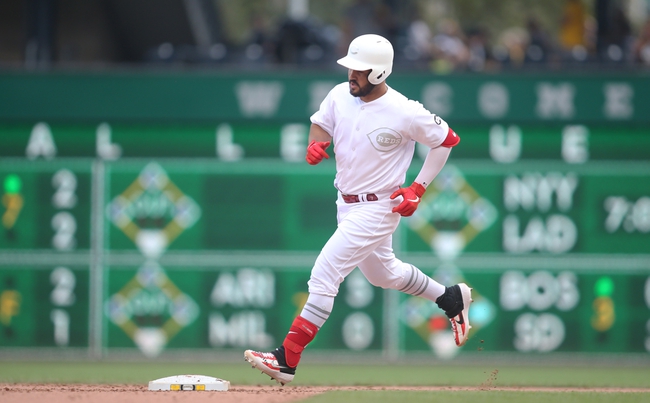 TV: FSOH, ATPT Stream the MLB Game of the Day all season on ESPN+. Sign up now!

The Cincinnati Reds and the Pittsburgh Pirates will meet up on the MLB diamond Friday.

The Reds are coming off a series versus the Brewers. Cincinnati lost the first two games of that series 4-2 and 9-2, then on Thursday the Reds lost 5-3.

Over on the Pirates’ side, they just finished against the Cubs. Pittsburgh won the first two games of that series 9-2 and 4-2, then on Thursday the Pirates won 9-5.

DeSclafani has been solid over his last three, with a trio of quality starts totaling four earned in 19.0 innings on just seven hits. Thing is, he’s 0-1 in that span and doesn’t have a victory since August 28.

As for Brault, he’s 0-3 in his last four games with 19 earned in that stretch. I don’t really like this one, but it’s a good opportunity for the Reds to get a victory.