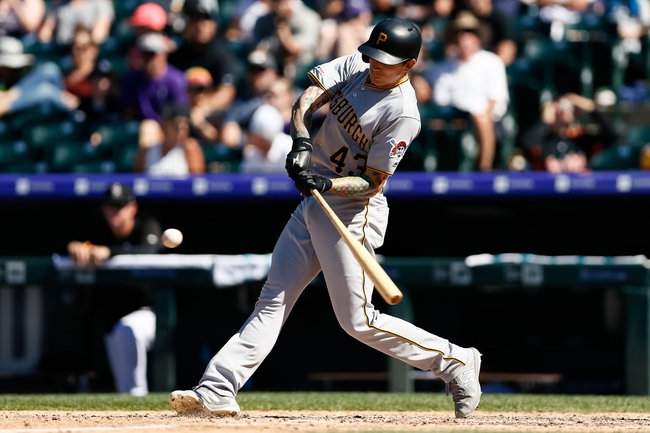 The Miami Marlins and the Pittsburgh Pirates meet in game one of a three game set in MLB action from PNC Park on Tuesday night.

The Miami Marlins will look to snap a three game losing skid after being swept by Washington, including a 9-3 loss in Sunday’s series finale. Starlin Castro had a solo home run while Austin Dean had a double and an RBI and Bryan Holaday added an RBI of his own to cap off Miami’s scoring in the loss. Martin Prado added a base hit to finish off Miami’s offense as the Fish had just four hits as a team in the losing effort. Caleb Smith took the loss, falling to 8-9 on the year after allowing seven runs, six earned, on seven hits while striking out five over 5.1 innings of work. Sandy Alcantara will start game one and is 4-12 with a 4.22 ERA and 116 strikeouts this season. This will be Alcantara’s second career start against Pittsburgh.

The Pittsburgh Pirates come into this one looking to add to their current four game winning streak after completing a four game sweep of the Colorado Rockies, including a 6-2 win in Sunday’s series finale. Adam Frazier and Steven Brault each had a solo home run while Starling Marte, Josh Bell and Colin Moran each added an RBI as well in the win. Bryan Reynolds went 3 for 5 and Elias Diaz went 2 for 4 while Erik Gonzalez added a base hit to finish off Pittsburgh’s offense as a team in the winning effort. Brault got the win to improve to 4-3 on the year after allowing two runs, one earned, on four hits while striking out five over 6.1 innings of work. Mitch Keller will start game one and is 1-3 with an 8.62 ERA and 41 strikeouts this season. This will be Keller’s first career start against Miami.

Pittsburgh is hot right now and waited until the end of the season when they’re out of contention to play some of their best baseball. However, as well as Pittsburgh’s played over the last couple of weeks, I’m not trying to lay this kind of juice with Keller on the mound as he’s allowed six runs or more in four of his seven career starts. Miami’s had their issues and have lost you more money than they’ve won you, but Alcantara’s pitched decent on the road lately, allowing two earned runs or less in each of his last three road starts and I think if Miami were to win a game in this series, it’d be this one, so I’ll take a stab at the Marlins and the plus money on Tuesday.