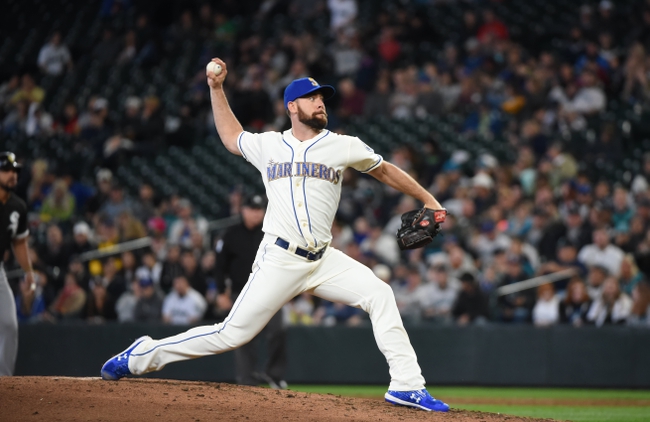 The Seattle Mariners and the Pittsburgh Pirates meet in game one of a three game interleague set in MLB action from PNC Park on Tuesday night.

The Seattle Mariners will look to keep their momentum going after winning four of their last six games after an 11-10 win in their series finale against the White Sox last time out. Kyle Lewis went 3 for 6 with a home run, a double and three RBIs while Austin Nola and Mallex Smith each had two RBIs with Nola going 4 for 5 at the dish. Kyle Seager, Tom Murphy, Dylan Moore and Donnie Walton each had an RBI to round out Seattle’s scoring as a team in the win. Shed Long went 2 for 6 at the dish to cap off the Mariners’ offense in victory. Justus Sheffield allowed six runs, five earned, on six hits while striking out eight over 4.1 innings of work, not factoring in the decision. Austin Adams picked up the win in relief to improve to 2-2 on the year. Marco Gonzales will start game one and is 15-11 with a 4.30 ERA and 135 strikeouts this season. This will be Gonzales’ first career start against Pittsburgh.

The Pittsburgh Pirates will look to bounce back after being swept by the Cubs over the weekend, including a 16-6 loss in Sunday’s series finale. Pablo Reyes went 2 for 5 with three RBIs while Bryan Reynolds went 2 for 5 with two doubles and an RBI. Colin Moran and Kevin Newman each had an RBI to finish off Pittsburgh’s scoring as a team in the win while Jose Osuna and Elias Diaz each had two hits. Erik Gonzalez added a double while Trevor Williams and Steven Brault each had a base hit to finish off the Pirates’ offense. Williams took the loss on the mound, surrendering seven runs on six hits while walking three over 2.1 innings of work to fall to 7-7 this year. Mitch Keller will start game one and is 1-4 with an 8.29 ERA and 51 strikeouts this season. This will be Keller’s first career start against Seattle.

I’m not trying to get behind either one of these teams right now, as both are just playing out the string. Gonzales has been the better starter, but he’s allowed 11 runs, nine earned, in his last 11 innings across his last two road starts. On the flipside, Keller’s allowed four or more runs in six of his nine career starts and even though a lot of those came on the road, the struggles are still there. It also doesn’t help that Pittsburgh allowed 47 runs in their three game set with the Cubs over the weekend. Instead, I’m going to side with the over as I see both starters getting tagged early and often and this number is too low in my opinion.