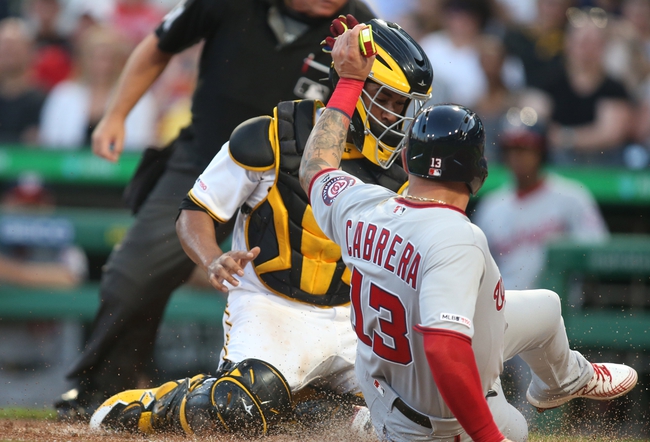 The Washington Nationals and the Pittsburgh Pirates will be meeting up on the MLB diamond to continue their series Tuesday.

In the Monday opener of this set, the Nats continued their run of offensive fireworks with a 13-0 victory.

Pittsburgh couldn’t do much of anything on offense Monday, and posted just four hits as a team. No player had more than one.

After a pretty dominant stretch and a lengthy win streak, Strasburg has been a little choppy over his last three starts, with just one quality outing and a combined 16 earned runs in that time.

As for Archer, he’s given up six earned over his last 17.0 innings but is still 0-3 in his last five starts.

Even with the sketchy recent numbers I can’t pick against Strasburg behind that offense here so I’m going with the Nats.