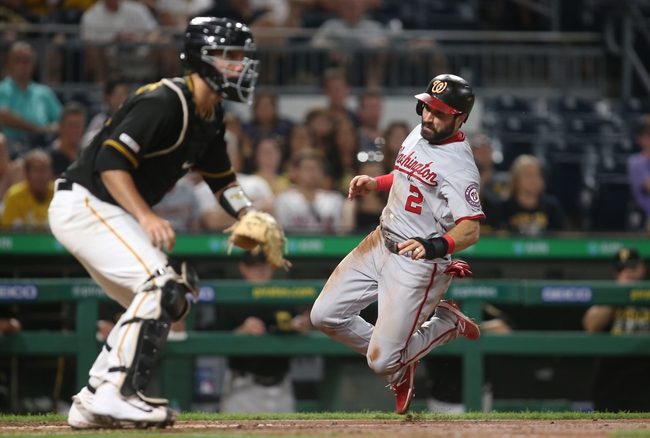 The Washington Nationals and the Pittsburgh Pirates will meet up on the MLB diamond to continue their series Wednesday.

In Monday’s opener, the Nationals bombed through a 13-0 win. On Tuesday, Pittsburgh got some revenge with a 4-1 victory.

In the Tuesday loss, the Nationals posted just six hits and one run. Anthony Rendon had half that total, bagging three knocks and an RBI.

The Pirates put up seven hit sin their win on Tuesday. Starling Marte was the big contributor there with a three-run homer.

Meanwhile, the Pirates are 0-11 in their last 11 in game three of a series and 0-5 in their last five Wednesday games. Pitt is 2-5 in Musgrove’s last seven starts versus the NL East and 6-2 in his last eight home starts.

Corbin has been statistically solid lately, with four quality starts in his last five outings. Over his last pair he’s given up three earned in 12.0 innings but doesn’t have a decision.

As for Musgrove, he’s just 2-4 over his last seven outings but did put up two earned in 7.1 innings against the Cubs his last time out.

Still, all things considered Corbin and the Nats should be in full control here.