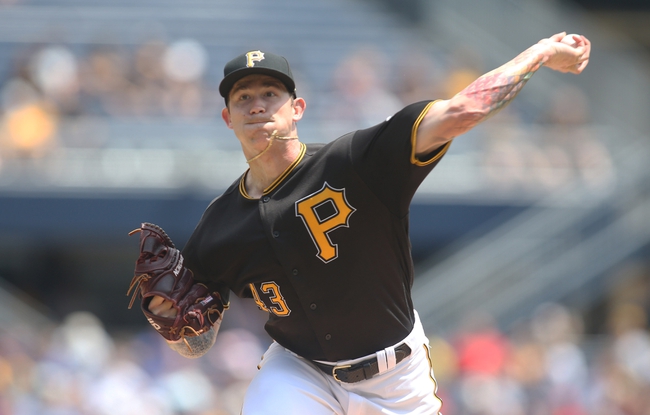 TV: ATPT, MASN Stream the MLB Game of the Day all season on ESPN+. Sign up now!

The Washington Nationals and the Pittsburgh Pirates will meet up on the MLB diamond to finish their series on Thursday.

In the Monday opener, the Nationals won 13-0, then Pitt took a 4-1 win on Tuesday. In the Wednesday game, the Nats scored three runs in the sixth and cruised to an 11-1 victory.

For Thursday’s matchup, the Nationals will be going with Max Scherzer in the start. Scherzer has been out for almost four weeks with a back issue.

Washington slapped 12 hits in the win on Wednesday. Turner, Eaton, Rendon and Gomes each had two hits apiece.

The Pirates could only muster five hits in the Wednesday game, and didn’t score until the bottom of the ninth. Josh Bell had the lone RBI.

Outside from a bit of a stumble in St. Louis (four earned in 4.2 innings on five hits), Brault has been really solid lately, though he doesn’t have the wins to show for it. In his last six, Brault has given up more than three earned just that one time, but only made it past 5.1 innings once, in his last time out versus the Cubs. He put up 7.0 innings and one earned there but still had to take a loss.

I’m not confident the Pirates can do much of anything offensively with any sort of consistent nature—even if Brault pitches well—so I’m going Nats here.