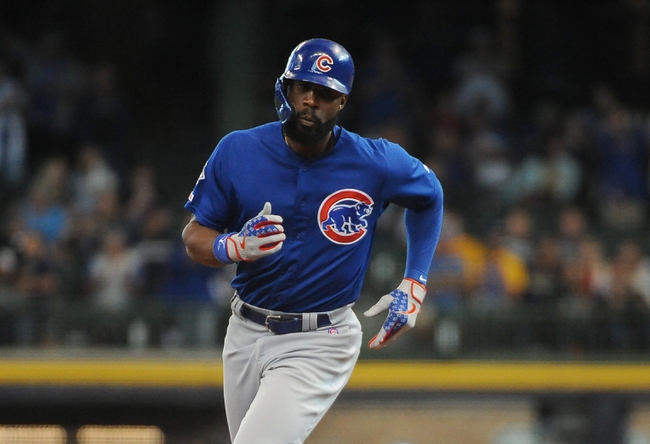 TV: FS-San Diego, WGN Stream the MLB Game of the Day all season on ESPN+. Sign up now!

The Chicago Cubs and the San Diego Padres meet in game one of a four game set in MLB action from Petco Park on Monday night.

The Chicago Cubs will look to rebound after losing their series with Milwaukee, dropping Sunday’s series finale by a final score of 8-5. Jason Heyward went 2 for 4 with a home run, a double and two RBIs while Ben Zobrist and Jon Lester each had a double and an RBI in the losing effort. Nick Castellanos, David Bote and Victor Caratini added a base hit to finish off Chicago’s offense as a team in the losing effort. Jon Lester took the loss, falling to 12-10 on the year after allowing all eight runs on seven hits while walking three and striking out seven over 5.1 innings of work. Kyle Hendricks will start game one and is 9-9 with a 3.39 ERA and 132 strikeouts this season. In his career, Hendricks is 5-2 with a 2.98 ERA and 56 strikeouts against San Diego.

The San Diego Padres will look to play spoiler after winning their series with Colorado over the weekend, taking Sunday’s finale by a final score of 2-1 in 10 innings. Wil Myers went 3 for 5 with a double and an RBI while Luis Urias added an RBI to cap off San Diego’s scoring as a team in the win. Josh Naylor added a double while Eric Hosmer and Nick Martini each added a base hit to finish off San Diego’s offense as a team in the victory. Eric Lauer allowed one run on four hits while striking out four over six innings of work, not factoring in the decision. Craig Stammen got the win in relief to improve to 8-7 on the year. Cal Quantrill will start game one and is 6-6 with a 4.57 ERA and 75 strikeouts this season. This will be Quantrill’s second career start against the Cubs.

The plus money would be tempting with San Diego given Chicago’s poor form on the road lately along with the fact that Hendricks has allowed six runs or more in two of his last three road starts. However, on the other side of the coin, Quantrill has allowed eight runs in back-to-back starts, totalling 16 runs in just 9.1 innings of work in his last two starts. As tempting as Hendricks’ numbers against San Diego is in his career, I just don’t have faith in the Cubs on the road, even with so much at stake, so I’m going to side with the over here. I just think both offenses will come alive in game one, so I’ll bank on a double-digit total here.