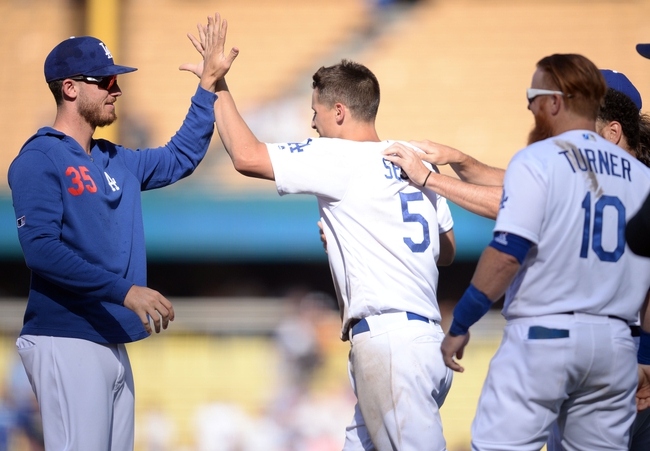 The Los Angeles Dodgers look for a win after splitting their last 10 games. The Dodgers have scored five runs in their last three games and three or less runs in their last five games. The Los Angeles Dodgers have lost four of their last seven games when scoring three or less runs. Cody Bellinger leads the Dodgers with 143 hits and 100 RBI while Justin Turner and Max Muncy have combined for 235 hits and 146 RBI. Dustin May gets the ball, and he is 1-2 with a 4.26 ERA and 15 strikeouts this season. This will be May’s second career game against the Padres.

The San Diego Padres look for a win after splitting their last 10 games. The Padres have scored seven runs in their last three games and three or less runs in six of their last seven games. The San Diego Padres have split their last six games when scoring three or less runs. Eric Hosmer leads the Padres with 142 hits and 84 RBI while Manny Machado and Fernando Tatis Jr. have combined for 233 hits and 124 RBI. Eric Lauer gets the ball, and he is 6-8 with a 4.47 ERA and 98 strikeouts this season. Lauer is 4-0 with a 1.72 ERA and 35 strikeouts in his career against the Dodgers.

May has 19 career innings under his belt and has been a bit hit or miss, mostly miss in his last start where he gave up three hits and four runs in two innings against the Braves. Lauer has allowed 23 hits and nine runs in his last 19 innings, and he has a 3.10 ERA and .279 allowed batting average at home. The Los Angeles Dodgers all of a sudden can't score runs and the Padres have had success against May already this season. Lauer also has had success against the Dodgers, holding them to a .218 batting average with 27 strikeouts in 124 at bats. I'll take a shot with the Padres and the plus money.