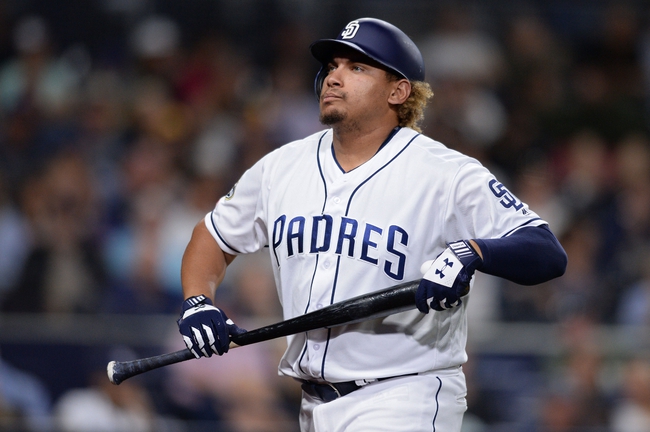 TV: FSSD, SUN Stream the MLB Game of the Day all season on ESPN+. Sign up now!

The Tampa Bay Rays look to stay hot after winning 12 of their last 14 games. The Rays have scored 18 runs in their last three games and four or more runs in 10 of their last 13 games. The Tampa Bay Rays have won 11 straight games when scoring four or more runs. Avisail Garcia leads the Rays with 111 hits and 57 RBI while Tommy Pham and Austin Meadows have combined for 118 hits and 107 RBI. Andrew Kittredge gets the ball, and he is 1-0 with a 3.86 ERA and 38 strikeouts this season. This will be Kittredge’s second career game against the Padres.

The San Diego Padres look for a win after splitting their last eight games. The Padres have scored 12 runs in their last three games and four or more runs in seven of their last nine games. The San Diego Padres have won five of their last eight games when scoring four or more runs. Eric Hosmer leads the Padres with 132 hits and 80 RBI while Manny Machado and Fernando Tatis Jr. have combined for 224 hits and 123 RBI. Cal Quantrill gets the ball, and he is 5-3 with a 3.21 ERA and 57 strikeouts this season. This will be Quantrill’s second career game against the Rays.

Kittredge has allowed seven hits and five earned runs in his last five innings, so I'm not thrilled with him starting an opener. Quantrill has allowed 24 hits and six earned runs in his last 33.1 innings, and he has a 2.93 ERA and .243 allowed batting average at home this season. The Tampa Bay Rays continue to find ways to win games no matter who is on the hill, but the Padres have a solid pitcher here and he's much more reliable than the countless pitchers the Rays will use in this bullpen game. I'm leaning toward the Padres in this contest.