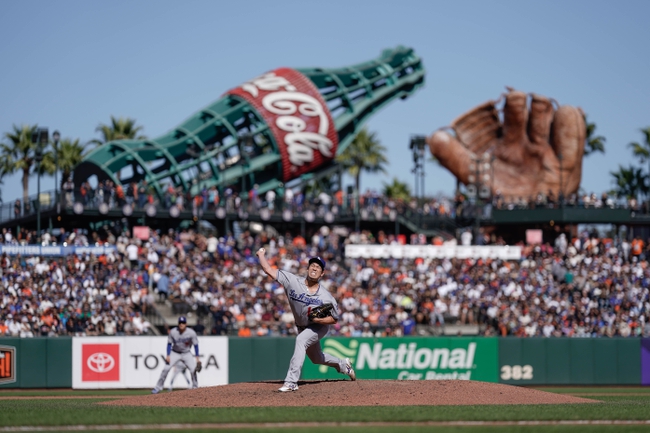 The Los Angeles Dodgers need a win to build on their six-game winning streak. The Dodgers have scored 12 runs in their last three games and four or more runs in seven of their last 10 games. The Los Angeles Dodgers have won five straight games when scoring four or more runs. Cody Bellinger leads the Dodgers with 169 hits and 115 RBI while Justin Turner and Corey Seager have combined for 271 hits and 151 RBI. Rich Hill gets the ball, and he is 4-1 with a 2.59 ERA and 68 strikeouts this season. Hill is 8-2 with a 2.31 ERA and 86 strikeouts in his career against the Giants.

The San Francisco Giants need a win after losing six of their last nine games. The Giants have scored 10 runs in their last three games and three or less runs in five of their last 10 games. The San Francisco Giants have lost five of their last seven games when scoring three or less runs. Kevin Pillar leads the Giants with 157 hits and 87 RBI while Brandon Belt and Evan Longoria have combined for 238 hits and 126 RBI. Dereck Rodriguez gets the ball, and he is 6-10 with a 5.27 ERA and 69 strikeouts this season. Rodriguez is 0-1 with a 11.32 ERA and seven strikeouts in his career against the Dodgers.