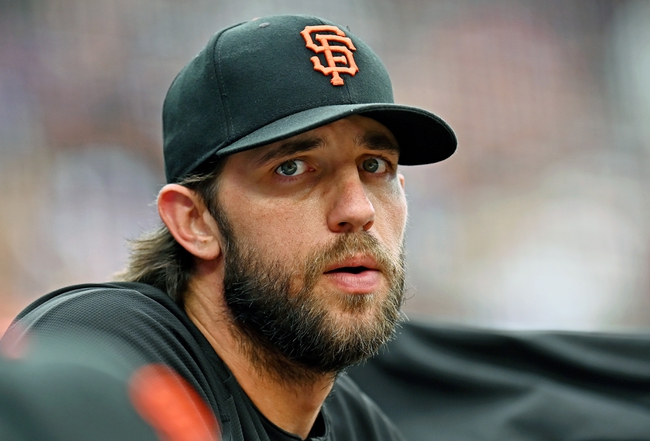 The Philadelphia Phillies look for a win after splitting their last 10 games. The Phillies have scored 12 runs in their last three games and four or more runs in seven of their last 12 games. The Philadelphia Phillies have won eight of their last 11 games when scoring four or more runs. Cesar Hernandez leads the Phillies with 120 hits and 49 RBI while Jean Segura and J.T. Realmuto have combined for 224 hits and 103 RBI. Aaron Nola gets the ball, and he is 10-2 with a 3.60 ERA and 163 strikeouts this season. Nola is 1-1 with a 6.46 ERA and 19 strikeouts in his career against the Giants.

The San Francisco Giants could use a win after losing six of their last seven games. The Giants have scored four runs in their last three games and three or less runs in six of their last nine games. The San Francisco Giants have lost seven straight games when scoring three or less runs. Kevin Pillar leads the Giants with 105 hits and 57 RBI while Brandon Belt and Brandon Crawford have combined for 171 hits and 87 RBI. Madison Bumgarner gets the ball, and he is 6-7 with a 3.92 ERA and 142 strikeouts this season. Bumgarner is 4-3 with a 3.41 ERA and 69 strikeouts in his career against the Phillies.

Nola has allowed 31 hits and 12 earned runs in his last 36.1 innings, but he has a 4.56 ERA on the road where he's also walked 20 batters in 51.1 innings. Bumgarner has allowed 34 hits and 14 earned runs in his last 35 innings, and the Giants are 9-3 with him on the mound since June. The San Francisco Giants are completely falling apart over the last week, as the offense isn't scoring and they're starting to lose ground in the wild card standings. Still, Bumgarner is starting to look like Bumgarner again, and the Giants need to take full advantage of a six-game homestead if they're going to keep their playoff hopes alive. The Philadelphia Phillies also aren't the most consistent team in the world and Nola isn't the same pitcher on the road that he is at home. Give me the Giants and their ace for the cheap price.