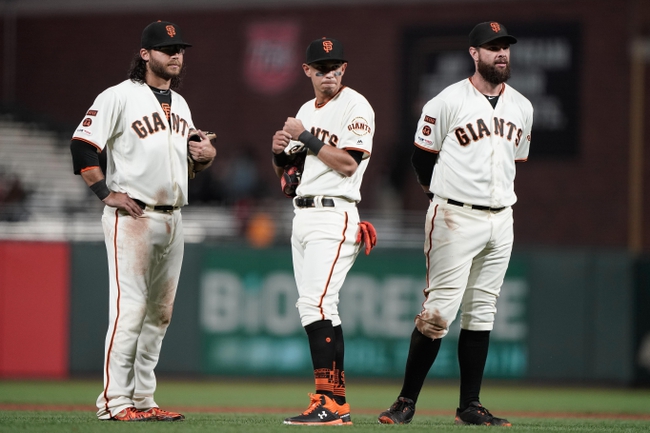 TV: ATPT, NSBA Stream the MLB Game of the Day all season on ESPN+. Sign up now!

The Pittsburgh Pirates look for a win after splitting their last eight games. The Pirates have scored seven runs in their last three games and four or more runs in nine of their last 11 games. The Pittsburgh Pirates have won eight of their last 10 games when scoring four or more runs. Starling Marte leads the Pirates with 159 hits and 82 RBI while Josh Bell and Bryan Reynolds have combined for 286 hits and 179 RBI. Mitch Keller gets the ball, and he is 1-3 with a 8.18 ERA and 44 strikeouts this season. This will be Keller’s first career game against the Giants.

The San Francisco Giants need a win after losing 10 of their last 14 games. The Giants have scored five runs in their last three games and four or more runs in eight of their last 16 games. The San Francisco Giants have split their last six games when scoring four or more runs. Kevin Pillar leads the Giants with 139 hits and 79 RBI while Evan Longoria and Brandon Belt have combined for 208 hits and 115 RBI. Johnny Cueto gets the ball, and he was 3-2 with a 3.23 ERA and 38 strikeouts last season. Cueto is 20-4 with a 2.19 ERA and 178 strikeouts in his career against the Pirates.

Keller has allowed 29 hits and 16 earned runs in his last 21 innings, and he has a 11.81 ERA and .423 allowed batting average in 16 innings on the road. Cueto will pitch his first game since July 28 of last year, as he's coming off Tommy John surgery and had his previous scheduled debut delayed due to back stiffness. The bottom line here is we're getting plus money with the hotter team in the Pirates, and we're also getting plus money to fade a pitcher who hasn't pitched in 13 months and is 33 years old coming off a major injury. The value is with the Pittsburgh Pirates here.