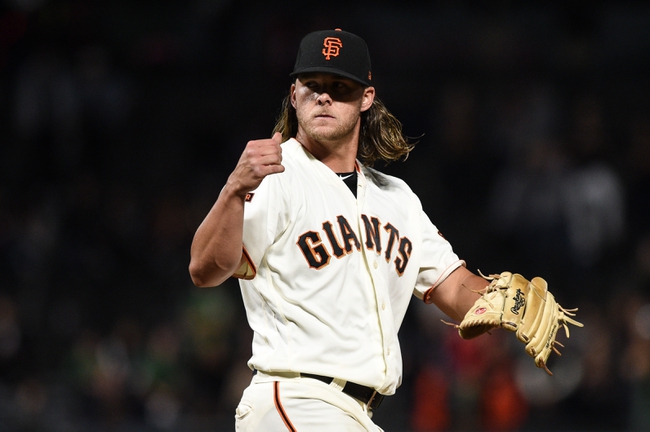 TV: ATPT, NSBA Stream the MLB Game of the Day all season on ESPN+. Sign up now!

The Pittsburgh Pirates look for a win after splitting their last 10 games. The Pirates have scored 10 runs in their last three games and four or more runs in 10 of their last 12 games. The Pittsburgh Pirates have won eight of their last 11 games when scoring four or more runs. Starling Marte leads the Pirates with 159 hits and 82 RBI while Bryan Reynolds and Josh Bell have combined for 288 hits and 180 RBI. Joe Musgrove gets the ball, and he is 9-12 with a 4.67 ERA and 136 strikeouts this season. This will be Musgrove’s second career game against the Giants.

The San Francisco Giants need a win after splitting their last eight games. The Giants have scored nine runs in their last three games and four or more runs in five of their last 10 games. The San Francisco Giants have won four of their last six games when scoring four or more runs. Kevin Pillar leads the Giants with 140 hits and 79 RBI while Brandon Belt and Evan Longoria have combined for 212 hits and 118 RBI. Logan Webb gets the ball, and he is 1-1 with a 6.50 ERA and 18 strikeouts this season. This will be Webb’s first career game against the Pirates.

Webb was solid in his only game at Oracle Park, allowing seven hits and one run in 5.2 innings, walking just one batter and striking out seven. The San Francisco Giants have found their offense in this series and the Pirates have been shutout in 31 innings of their last four games. In a toss-up game between two teams going nowhere this season, I'll give the slight edge to the San Francisco Giants at home.