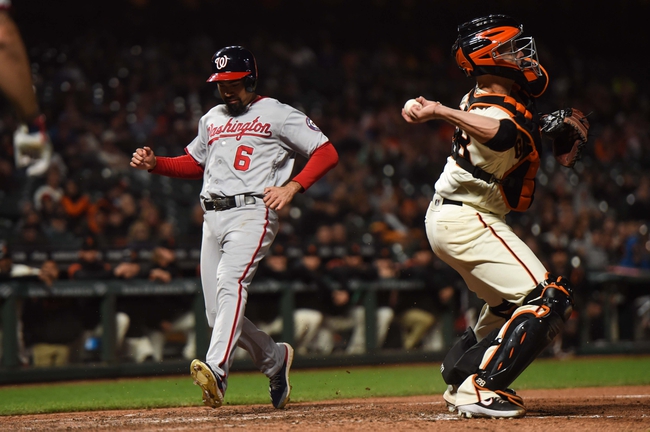 TV: MAS2, NSBA Stream the MLB Game of the Day all season on ESPN+. Sign up now!

The San Francisco Giants could use a win after losing four of their last five games. The Giants have scored eight runs in their last three games and three or less runs in seven of their last 11 games. The San Francisco Giants have lost five straight games when scoring three or less runs. Kevin Pillar leads the Giants with 101 hits and 57 RBI while Brandon Belt and Brandon Crawford have combined for 168 hits and 84 RBI. Conner Menez gets the ball, and he is 0-0 with a 3.60 ERA and six strikeouts this season. This will be Menez’s first career game against the Nationals.

Sanchez has allowed 36 hits and 13 earned runs in his last 35 innings, and he's allowing a .241 batting average on the road. Menez has just five big league innings under his belt, and he allowed three hits and two runs in five innings against the New York Mets in his MLB debut. The San Francisco Giants seem to have come back down to earth over the last week, as they're back to not scoring many runs and looking like the team we've seen most of the year. The Nats aren't the most consistent team in the world in their own right, but I'll side with them and the more experienced pitcher.