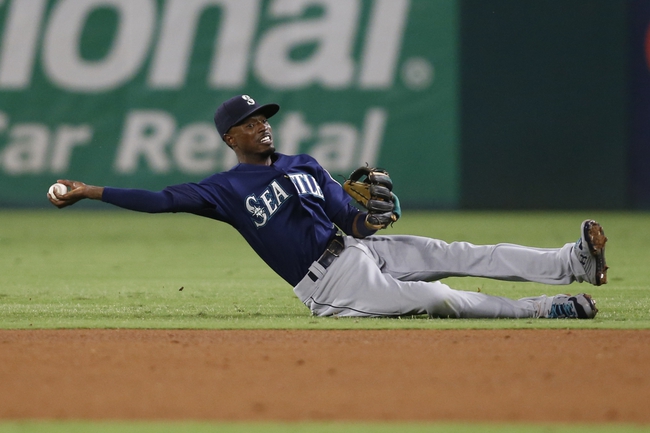 TV: RTNW, FSOH Stream the MLB Game of the Day all season on ESPN+. Sign up now!

The Cincinnati Reds look for a win after splitting their last eight games. The Reds have scored nine runs in their last three games and four or more runs in five of their last eight games. The Cincinnati Reds have won four of their last five games when scoring four or more runs. Eugenio Suarez leads the Reds with 139 hits and 95 RBI while Jose Iglesias and Joey Votto have combined for 259 hits and 96 RBI. Trevor Bauer gets the ball, and he is 10-12 with a 4.60 ERA and 228 strikeouts this season. Bauer is 2-4 with a 4.17 ERA and 56 strikeouts in his career against the Mariners.

The Seattle Mariners need a win to snap a six-game losing streak. The Mariners have scored six runs in their last three games and three or less runs in six of their last nine games. The Seattle Mariners have lost eight straight games when scoring three or less runs. Domingo Santana leads the Mariners with 113 hits and 69 RBI while Mallex Smith and Omar Narvaez have combined for 216 hits and 84 RBI. Justus Sheffield gets the ball, and he is 0-1 with a 5.51 ERA and 18 strikeouts this season. This will be Sheffield’s first career game against the Reds.

Bauer has allowed 44 hits and 32 earned runs in 35 innings since coming over from Cleveland, and he's allowing a .236 batting average and .758 OPS on the season. Sheffield has allowed 20 hits and 10 runs in 16.1 innings this season, and he has a 7.94 ERA and .313 allowed batting average in 11.1 innings at home. Neither of these teams have anything to play for at this point in the season, but we're getting a quality pitcher in Bauer for a reasonable price. I also don't see much value in backing a Seattle Mariners squad that's riding a six-game losing streak and has experienced these rough patches all season. When the Mariners lose, they usually lose for weeks at a time. Give me the Reds.