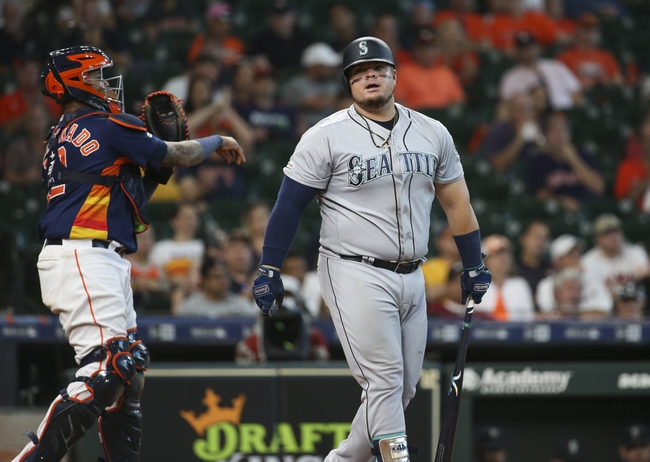 The Houston Astros look to stay hot after winning seven of their last eight games. The Astros have scored 23 runs in their last three games and four or more runs in 10 of their last 13 games. The Houston Astros have won 10 of their last 12 games when scoring four or more runs. Michael Brantley leads the Astros with 176 hits and 86 RBI while Yuli Gurriel and Alex Bregman have combined for 323 hits and 210 RBI. Gerrit Cole gets the ball, and he is 18-5 with a 2.61 ERA and 302 strikeouts this season. Cole is 5-2 with a 2.09 ERA and 67 strikeouts in his career against the Mariners.

The Seattle Mariners look for a win after winning six of their last eight games. The Mariners have scored 11 runs in their last three games and four or more runs in 10 of their last 15 games. The Seattle Mariners have won five straight games when scoring four or more runs. Omar Narvaez leads the Mariners with 118 hits and 55 RBI while Mallex Smith and Domingo Santana have combined for 227 hits and 106 RBI. Justin Dunn gets the ball, and he is 0-0 with a 6.75 ERA and one strikeout this season. This will be Dunn’s first career game against the Astros.

Cole has allowed 14 hits and four earned runs in his last 30 innings, and he has a 2.58 ERA and .206 allowed batting average on the road. Dunn has allowed one hit and two runs in his first 2.2 major league innings with eight walks and one strikeout. The Seattle Mariners are capable of making a game of this given that they're back in one of those winning stretches, but betting against Cole isn't an option, as the Astros have won his last 11 starts, not losing with him on the mound since July 12. Dunn's lack of control is also not good heading into a game against this lineup. I'll take the Astros and the RL for added value.