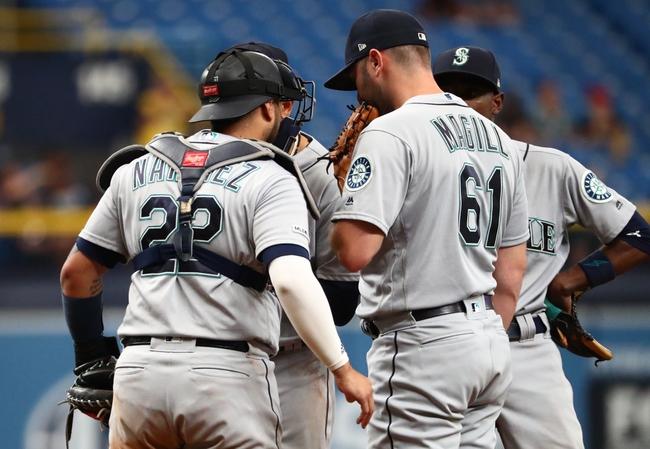 The Toronto Blue Jays could use a win to snap a five-game losing streak. The Blue Jays have scored six runs in their last three games and three or less runs in seven of their last eight games. The Toronto Blue Jays have lost six straight games when scoring three or less runs. Randal Grichuk leads the Blue Jays with 110 hits and 58 RBI while Vladimir Guerrero Jr. and Lourdes Gurriel Jr. have combined for 179 hits and 101 RBI. Trent Thornton gets the ball, and he is 4-8 with a 5.30 ERA and 113 strikeouts this season. This will be Thornton’s second career game against the Mariners.

The Seattle Mariners look for a win after winning six of their last nine games. The Mariners have scored 22 runs in their last three games and four or more runs in eight of their last 11 games. The Seattle Mariners have won eight of their last 12 games when scoring four or more runs. Domingo Santana leads the Mariners with 113 hits and 69 RBI while Mallex Smith and Omar Narvaez have combined for 197 hits and 76 RBI. Justus Sheffield gets the ball, and he is 0-0 with a 6.00 ERA and three strikeouts this season. This will be Sheffield’s first career game against the Blue Jays.

Thornton has allowed 21 hits and 11 runs in his last 21.2 innings, and he has a 4.96 ERA and a .264 allowed batting average on the road. Sheffield has pitched just three innings this season, allowing two hits and two runs while striking out three. This matchup is hot garbage, but the Blue Jays are coming off back-to-back heartbreaking losses and now have to travel to play a team that had yesterday off. This is a young Blue Jays club that may allow those losses to linger a bit. I have to side with the Mariners in this spot.