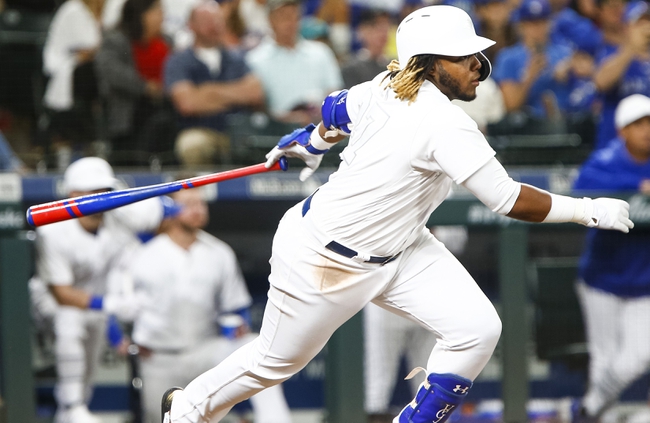 The Toronto Blue Jays look for a win after losing seven of their last nine games. The Blue Jays have scored 13 runs in their last three games and three or less runs in seven of their last 10 games. The Toronto Blue Jays have lost six straight games when scoring three or less runs. Randal Grichuk leads the Blue Jays with 112 hits and 58 RBI while Vladimir Guerrero Jr. and Lourdes Gurriel Jr. have combined for 183 hits and 103 RBI. Clay Buchholz gets the ball, and he is 0-2 with a 6.57 ERA and 12 strikeouts this season. Buchholz is 2-1 with a 3.12 ERA and 34 strikeouts in his career against the Mariners.

The Seattle Mariners look for a win after winning seven of their last 11 games. The Mariners have scored 18 runs in their last three games and four or more runs in seven straight games. The Seattle Mariners have won seven of their last nine games when scoring four or more runs. Domingo Santana leads the Mariners with 113 hits and 69 RBI while Mallex Smith and Omar Narvaez have combined for 200 hits and 77 RBI. Marco Gonzales gets the ball, and he is 13-10 with a 4.30 ERA and 121 strikeouts this season. This will be Gonzales’ second career game against the Blue Jays.

Buchholz will pitch for the first time since May 5 after dealing with inflammation in his right shoulder, and he's allowing a .317 batting average in 24.2 innings. Gonzales has allowed 31 hits and 12 runs in his last 22.1 innings, and he has a 4.60 ERA and .278 allowed batting average at home. There's no way I can get behind Buchholz, who hasn't pitched in more than three months and wasn't good when we last saw him. Gonzales has had his issues as well, but at least he's in a rhythm and has a rather hot offense behind him. I'll side with the Seattle Mariners in this spot.