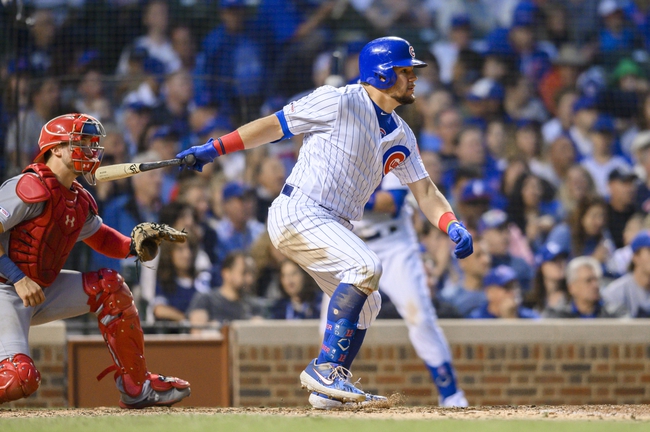 TV: WGN, FSMW Stream the MLB Game of the Day all season on ESPN+. Sign up now!

The Chicago Cubs and the St. Louis Cardinals will meet up on the MLB circuit to kick off their rivalry series Tuesday.

The Cubs just finished up a weekend set versus the Brewers. Chicago lost 3-2 Friday and 5-3 Saturday but was able to fend off the sweep with an 11-4 victory on Sunday.

Over on the Cards’ side, they’re coming out of a series against the Astros. St. Louis took a 5-3 win on Friday in that set, but lost the weekend games, 8-2 Saturday and 6-2 Sunday.

Darvish had a couple of quality starts going in the middle of the month, with zero earned on four hits in 12.0 combined innings. His last start was a little rocky though, with four earned on six hits in 6.0 innings over in San Francisco.

As for Wainwright, he’s been pretty choppy over his last pair, with 11 earned in 8.1 innings on 14 hits. That said, he hasn’t lost any games in his last quartet (2-0).

I’m not thrilled with either of these teams right now, but if Wainwright can settle in and get a few cushion runs I think the Cardinals have the edge here.