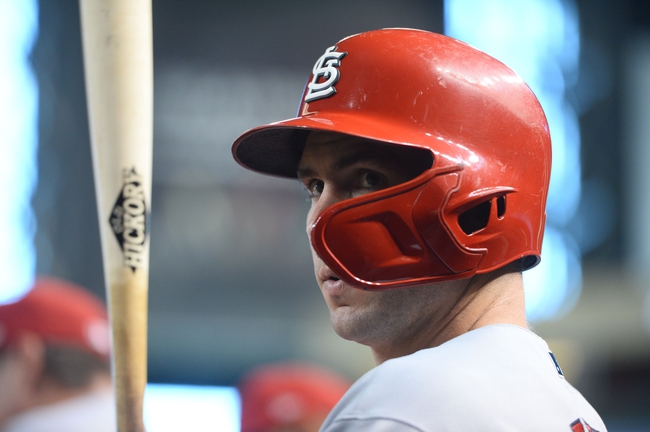 TV: FS-Midwest, WGN Stream the MLB Game of the Day all season on ESPN+. Sign up now!

The Chicago Cubs and the St. Louis Cardinals meet in game one of a three game NL Central division series in MLB action from Busch Stadium on Friday night.

The Chicago Cubs will look to finish strong after losing their 9th straight game on Thursday, falling to Pittsburgh by a final score of 9-5. Ian Happ had a double and two RBIs while Tony Kemp added a double and an RBI of his own. Nico Hoerner and Jonathan Lucroy each had an RBI to cap off the Cubs’ scoring as a team in the loss while Victor Caratini, David Bote and Addison Russell each had a base hit as the Cubs had just six hits as a team in the losing effort. Jose Quintana took the loss, falling to 13-9 after allowing seven runs, five earned, on 12 hits while striking out four over five innings of work. Alec Mills will start game one and is 1-0 with a 2.90 ERA and 33 strikeouts this season. This will be Mills’ second career start against St. Louis.

The St. Louis Cardinals will look to build momentum heading into the playoffs after losing their series with Arizona, dropping Wednesday’s finale by a final score of 9-7. Jose Martinez and Matt Wieters each had two RBIs with Martinez going 3 for 5 with a triple and a double. Randy Arozarena had a solo home run while Rangel Ravelo added an RBI as well in the losing effort. Tommy Edman went 2 for 4 at the dish while Yairo Munoz and Edmundo Sosa each had a base hit to cap off St. Louis’ offense as a team in the defeat. Junior Fernandez ended up with the loss in defeat, falling to 0-1 on the year with his 3rd blown save of the season. Dakota Hudson will start the opener and is 16-7 with a 3.45 ERA and 126 strikeouts this season. This will be Hudson’s second career start against the Cubs.

This is a rivalry series in the NL Central, so I’d like to think that Chicago would put up a fight. However, the Cubs have lost nine in a row, and now there’s word coming out that Cubs bench boss Joe Maddon is going to sit star players in this final series. St. Louis hasn’t locked up the division just yet and if there was going to be a pitcher to start the series on the right foot for the Cardinals, it’s Hudson, who’s been locked in for most of the season and the Cardinals just don’t lose often when Hudson starts. I’ll side with St. Louis to kick the series off with a win.