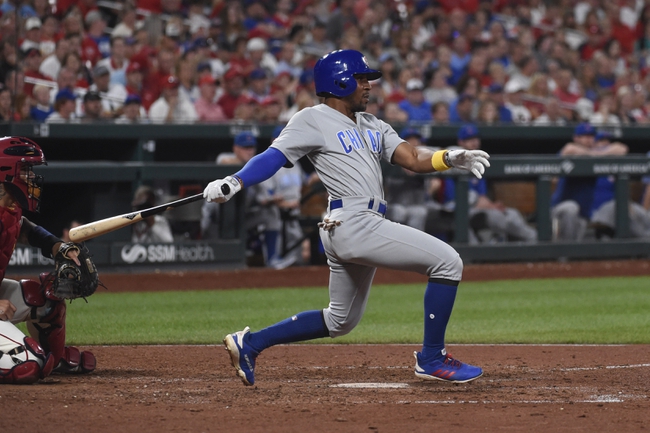 The Chicago Cubs and the St. Louis Cardinals meet in their regular season finale from Busch Stadium on Sunday.

The Chicago Cubs will look to play spoiler and finish the season on a high note after taking game two on Saturday by a final score of 8-6. Ian Happ went 3 for 5 with a pair of home runs and four RBIs while Kyle Schwarber and Victor Caratini each had a solo shot. Nico Hoerner and Tony Kemp each added an RBI to round out the Cubs’ offense as a team in the victory. Addison Russell went 4 for 5 at the dish while Cole Hamels had two hits and David Bote added a base knock of his own to finish off Chicago’s offense as a team in the win. Hamels threw four shutout innings, giving up just two hits, not factoring in the decision despite striking out eight. Steve Cishek got the win to improve to 4-6 while Brandon Kintzler picked up his 1st save. The Cubs did not have a starting pitcher announced at the time of posting.

The St. Louis Cardinals will look to finish the year with a win after losing four in a row with Saturday’s defeat. Tommy Edman went 2 for 4 with a triple and three RBIs while Paul DeJong and Harrison Bader each had a solo home run. Paul Goldschmidt and Yadier Molina each had a base hit as the Cardinals had just six hits as a team in the losing effort. Adam Wainwright took the loss, falling to 14-10 on the year after allowing six runs on 12 hits while striking out three over 4.1 innings of work. Jack Flaherty will start game three and is 10-8 with a 2.85 ERA and 225 strikeouts this season. In his career, Flaherty is 2-2 with a 3.14 ERA and 53 strikeouts against the Cubs.

St. Louis is in a bit of a tailspin down the stretch, so the Cubs could be a logical pick. However, Flaherty has been arguably St. Louis’ most consistent starter this season, and has allowed just two runs in 12 innings at home against the Cubs this season. Chicago missed the postseason for a reason as they simply aren’t a good team on the road, and the Cardinals caught a bit of a break with Milwaukee also losing on Saturday, meaning that a win here locks up the division for St. Louis. I’ll side with the Cardinals here behind another strong outing from Flaherty.