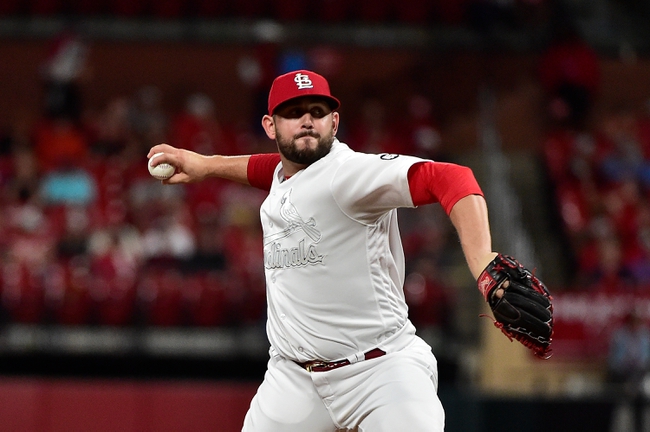 The Colorado Rockies and the St. Louis Cardinals meet in the finale of their four game set in MLB action from Busch Stadium on Sunday.

The Colorado Rockies will look to salvage a win and avoid the sweep after dropping game three on Saturday by a final score of 6-0. Daniel Murphy and Ian Desmond each had a double while Trevor Story and Tony Wolters each had a base knock to round out Colorado’s offense as a team in the loss as the Rockies had just four hits as a team. Chi Chi Gonzalez allowed five runs on three hits while walking six over 4.1 innings of work, taking the loss to fall to 0-5 on the year. Antonio Senzatela will start game four and is 8-7 with a 6.29 ERA and 53 strikeouts this season. In his career, Senzatela is 1-2 with a 4.84 ERA and 17 strikeouts against St. Louis.

The St. Louis Cardinals will look to complete the four game sweep after taking game three on Saturday. Marcell Ozuna and Harrison Bader each had two RBIs with Bader adding a home run while Paul Goldschmidt had a solo home run and Paul DeJong added an RBI as well to finish off the Cardinals’ scoring as a team in the win. Kolten Wong and Yadier Molina each had a base hit to cap off St. Louis’ offense as a team in the victory with the Cardinals logging just six hits as a team in the victory. Dakota Hudson got the win to improve to 13-6 on the year after tossing six shutout innings, allowing just two hits while walking three. Michael Wacha will start the finale and is 6-6 with a 5.22 ERA and 80 strikeouts this season. In his career, Wacha is 1-1 with a 5.18 ERA and 29 strikeouts against Colorado.

Both starting pitchers have had their struggles this year, but the difference for me is that Wacha is getting his feet back underneath him and has a St. Louis lineup behind him that’s caught fire and have fired themselves into the division lead. Senzatela hasn’t pitched in over a month, and when he last pitched, he wasn’t good, allowing 21 runs in 11 innings across his last three starts. The Rockies just can’t catch a break right now and I don’t think Senzatela is going to cure what ails the Rox, so I’ll side with St. Louis and the reasonable price for the sweep on Sunday.