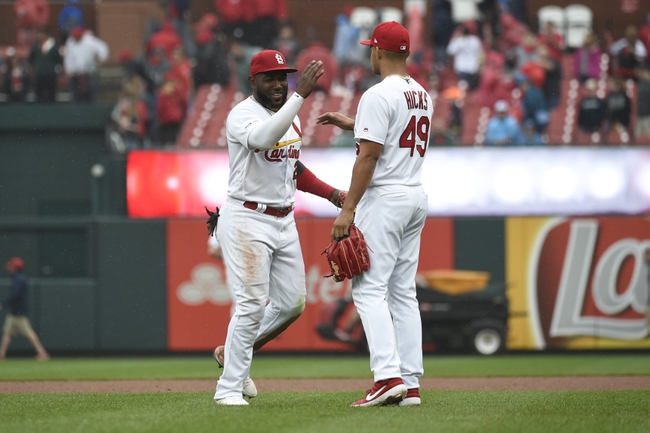 The Milwaukee Brewers and the St. Louis Cardinals will meet up on the MLB diamond to continue their series Tuesday.

In the Monday opener, the Cardinals held the Brewers to just one hit and came away with a 3-0 win.

Milwaukee couldn’t get anything going on Monday with their single hit. Yasmani Grandal had the lone knock, going 1-for-3 on the night.

St. Louis had just five hits in the Monday win, but that was plenty. No player had more than one knock, and Dakota Hudson went 6.2 innings with seven Ks.

The Brewers are 4-0 in their last four in game two of a series and 2-10 in their last 12 Tuesday games. Milwaukee is 5-1 in Gonzalez’s last six starts and 4-1 in his last five road starts.

Gonzalez was cruising along pretty well until his most recent start, when he coughed up five earned on five hits and three homers in 3.2 innings versus the Twins.

As for Wacha, he followed up six earned in 3.2 innings in LA with two earned in 5.0 innings in Cincinnati, but lost both games. I’m not ready to trust Wacha right now (even though the Cards have been playing well at home behind him) so I’m pretty firmly on the Brewers here.