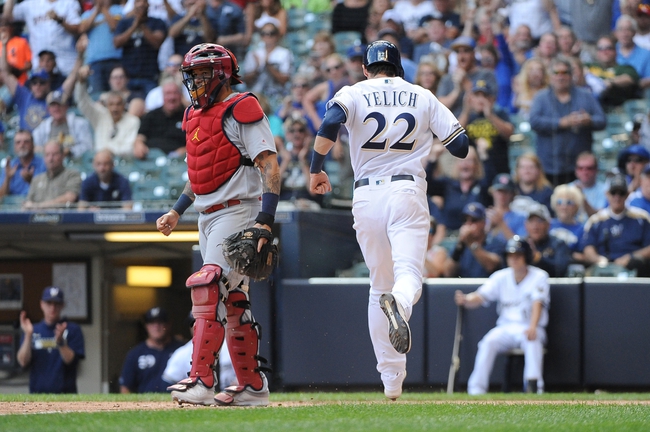 The Milwaukee Brewers and the St. Louis Cardinals will kick off their weekend MLB series Friday.

Milwaukee is coming out of a series versus the Marlins. After three straight wins 8-3 Monday, 4-3 Tuesday and 7-5 Wednesday, in the Thursday finale the Brewers eked out another win 3-2.

Over on the Cardinals’ side, they just finished up against the Rockies. St. Louis fell by 2-1 scores in the first pair of games in that series. In the Thursday finale, the Cards plowed through a 10-3 win to avoid the sweep.

Houser has notched some solid pitching numbers over his past six starts, with just one surrendering more than one earned (three, in his last outing versus the Cubs).

As for Wainwright, he’s given up just one earned over his last two games in 14.0 innings. I’m not thrilled about it but I feel like the Cardinals at home are the better play here.