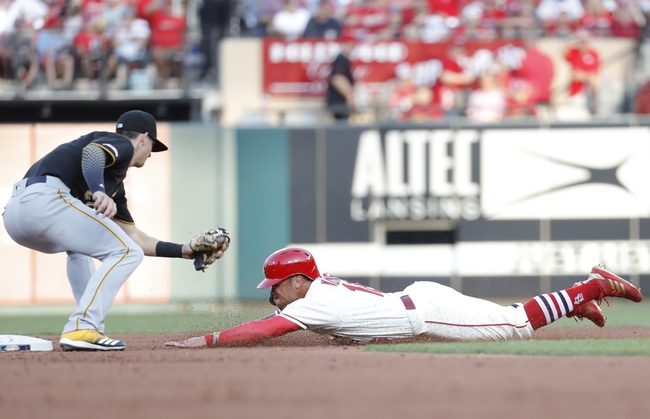 The Pittsburgh Pirates and the St. Louis Cardinals will match up on the MLB circuit to finish their series on Sunday.

The Cardinals managed a 6-2 win in the Friday opener of this set. On Saturday, St. Louis scored two runs in the sixth to hang on for a 3-1 win.

Over on the Cardinals’ side, they’re going with Miles Mikolas on Sunday. Mikolas is 7-12 with a 3.94 ERA and 97 strikeouts this year.

Brault came back from the 10-day IL in his last start on Tuesday, and bagged two runs on three hits with six Ks in 5.1 innings. He’s got a 2.21 ERA in his last eight starts.

As for Mikolas, he’s getting normal rest here despite the Cards jumping a spot in the rotation. Since the break, he’s got a 2.18 ERA in five starts.

This should be an entertaining matchup and a close game. I’m taking the at-home Cardinals to eke one out, though.