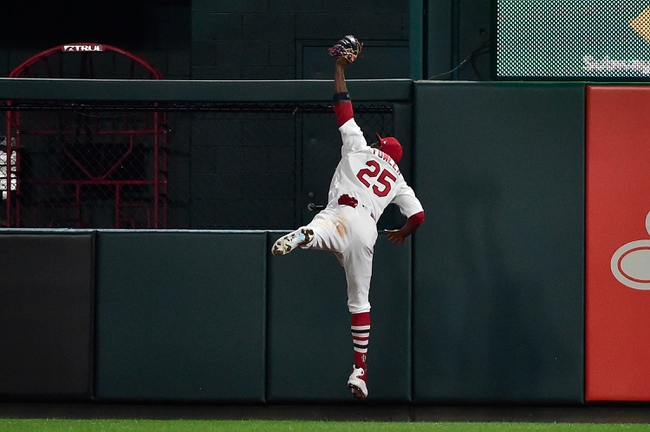 The San Francisco Giants and the St. Louis Cardinals meet in game three of their four game set in MLB action from Busch Stadium on Wednesday night.

The San Francisco Giants will look to bounce back and snap a four game losing streak after dropping game two on Tuesday by a final count of 1-0. Mike Yastrzemski went 2 for 4 at the dish, logging the only pair of hits for San Fran in the losing effort, with the rest of the Giants batting 0 for 25 with 8 strikeouts in the defeat. Dereck Rodriguez was a hard luck loser in the game, throwing seven solid innings, allowing just one run on five hits while striking out seven, falling to 5-8 on the year with the loss. Madison Bumgarner will start game three and is 9-8 with a 3.62 ERA and 177 strikeouts this season. In his career, Bumgarner is 4-5 with a 4.59 ERA and 60 strikeouts against St. Louis.

The St. Louis Cardinals will look to keep the ball rolling after winning the first two games of the series. Marcell Ozuna’s solo home run proved to be the difference as the lone run of the ball game, going 2 for 3 at the dish. Dexter Fowler, Paul DeJong and Yadier Molina each had a base hit to finish off St. Louis’ offense as the Cardinals had just five hits as a team in the winning effort. Jack Flaherty got the win to improve to 9-7 on the year, throwing eight shutout innings, allowing just one hits while striking out eight. Carlos Martinez closed out the 9th for his 18th save of the season. Michael Wacha will start game three and is 6-6 with a 5.07 ERA and 94 strikeouts this season. In his career, Wacha is 2-0 with a 1.50 ERA and 30 strikeouts against San Francisco.

The even money with San Francisco with their ace on the mound is tempting, but the fact is that the Giants are back to looking like the team that’s struggling and dead in the water that we saw earlier this season, and while he’s pitched well lately, Bumgarner’s numbers take a hit when you dig deeper, as he has a 6.65 ERA across his last four road starts. Wacha hasn’t pitched terribly since rejoining the starting rotation and he’s been much better than what we saw earlier in the season. Wacha also owns a sparkling 1.50 ERA in six career starts against San Francisco. The fact is that this is a great price for a St. Louis team that’s looking like they’re on their way to a division title if they keep this up and I think they do with another win here so I’ll lay the low line with St. Louis here.