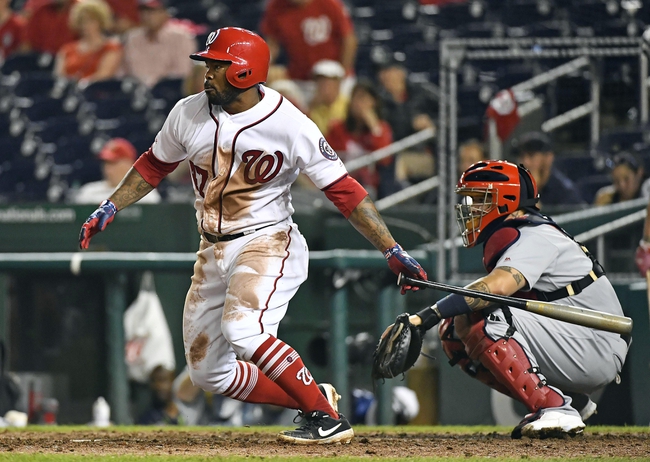 The Washington Nationals and the St. Louis Cardinals will meet up in MLB action Monday to begin their series.

The Nationals are coming out of a series against the Braves. Washington lost 5-0 Friday and 10-1 Saturday. In the Sunday finale, the Nationals blew through a 7-0 shutout.

Over on the Cardinals’ side, they just finished against the Brewers. St. Louis split their first two games with a 10-0 win Friday and a 5-2 loss Saturday. In the Sunday rubber match, the Cardinals lost 7-6.

The Nationals are 5-1 in their last six Monday games and 0-4 in their last four in game one of a series. Washington is 5-0 in Strasburg’s last five Monday starts and 41-14 in his last 55 road starts.

Strasburg has been dealing lately, and he’s riding a five-game quality start streak. In those outings he’s put up a combined seven earned runs over 33.0 innings of work.

As for Hudson, he’s been great as well, going 5-1 in his last six games, five of which were quality starts. This should be a really great pitching matchup, but I’m going to side with Hudson and the Cards to eke one out.