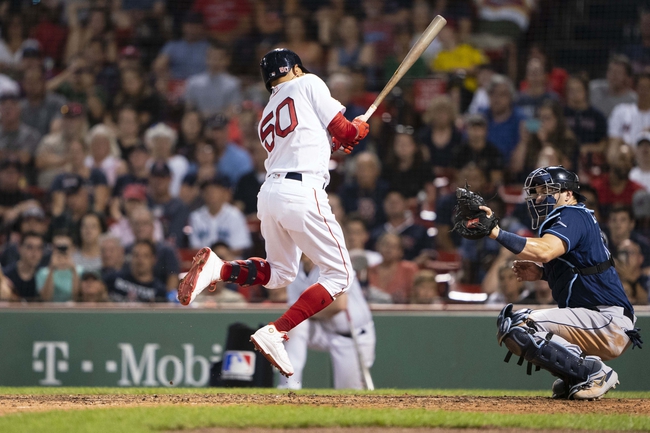 The Boston Red Sox and the Tampa Bay Rays will match up on the MLB circuit Saturday.

In the Friday opener of this series, we had a 3-2 game after the seventh inning, and the teams pushed into extras. After 11 innings, the Rays secured the walk-off victory 5-4.

The under is 4-1 in the Red Sox’ last five in game two of a series and 3-1-1 in their last five Saturday games.

Meanwhile, the Rays are 8-2 in Glasnow’s last 10 starts and 0-4 in his last four versus a team with a winning record. Tampa Bay is 11-4 in their last 15 in game two of a series and the under is 4-1 in their last five Saturday games.

Glasnow had a bit of trouble at home against Toronto in his first start back, giving up two earned on one hit with two walks in 2.0 innings. He rebounded in his last outing however, opening up a road start against the Angels with 3.0 innings, two hits and zero earned with five Ks.

I like Glasnow to keep it going here and put the Rays in a good spot moving forward in the game. I’ll go Tampa.