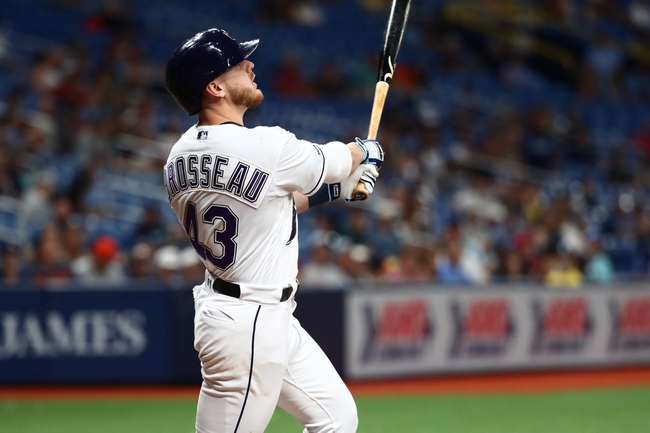 TV: FS-Detroit Stream the MLB Game of the Day all season on ESPN+. Sign up now!

The Detroit Tigers and the Tampa Bay Rays meet in the rubber match of their three game set from Tropicana Field on Sunday.

The Detroit Tigers will look to win the series after dropping game two on Saturday by a final score of 1-0 in 13 innings. John Hicks and Niko Goodrum each had a double while Dawel Lugo added a base hit as Detroit had just three hits as a team in the losing effort with the rest of the Tigers batting 0 for 27 with a whopping 16 strikeouts in the losing effort. Jordan Zimmermann threw five shutout innings while allowing just one hit and striking out five, not factoring in the decision. Matt Hall took the loss in relief, falling to 0-1 on the year as a result. Matt Boyd will start game three and is 6-9 with a 4.38 ERA and 192 strikeouts this season. In his career, Boyd is 1-1 with a 4.76 ERA and 20 strikeouts against Tampa Bay.

The Tampa Bay Rays will also be out for a series victory after evening up the series at one win apiece following their victory on Sunday. Michael Brosseau had the lone RBI of the game for the Rays in the pinch-hit effort while Eric Sogard went 2 for 6 with a double and Tommy Pham added a two-bagger of his own. Ji-Man Choi and Willy Adames each added a base knock as Tampa Bay had six hits as a team in the victory. Ryan Yarbrough threw 6.1 shutout innings, giving up just three hits while striking out ten over 6.1 innings of work. Colin Poche got the win to improve to 3-4 on the year. The Rays did not have a starting pitcher announced at the time of posting.

Tampa Bay would be a logical pick with Boyd on the bump, as Boyd’s given up 13 runs, 12 earned, in his last two starts spanning just eight innings of work. However, I’m a little bit gunshy about backing Tampa Bay after the clunker they put up in losing the series opener, and had trouble scoring a single run in game two even with Zimmermann on the mound for Detroit who has been a Christmas tree for much of the season with how he’d been getting lit up. Detroit’s offensive issues this year are well-known, which is why I’m siding with the under. Both games have combined for three runs total and I don’t see offensive fireworks coming out of nowhere in the series finale, so I’ll bank on another low-scoring affair here.