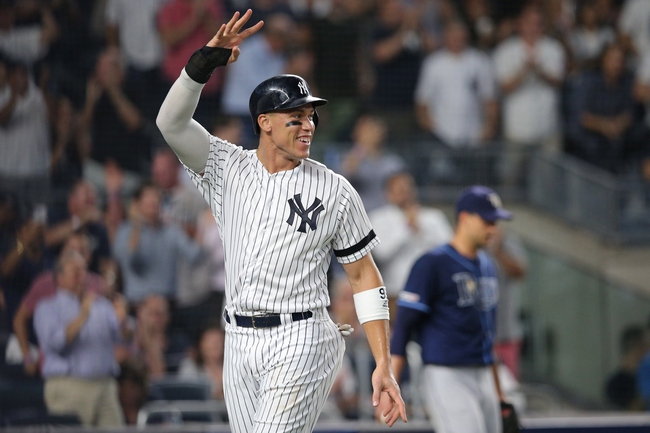 The New York Yankees and the Tampa Bay Rays will meet up on the MLB circuit Tuesday.

The Yankees are coming off a set against the Blue Jays. New York fell Friday in that series, but won the Saturday game 7-2 and the Sunday game 8-3.

For the Tuesday start, New York didn’t initially announce a starter; we're probably looking at a mix-and-match-type bullpen game as the Yankees get their rotation set for the postseason.
Over on the Rays’ side, they just finished up against the Red Sox. Tampa won the first two games 5-4 in each, but fell Sunday 7-4. In the Monday finale the Rays took a 7-4 win.

For Tuesday’s game, Tampa will go with Yonny Chirinos in the start. Chirinos has a 9-5 record this year with a 3.67 ERA and 112 Ks.

This will be Chirinos’ first start since August 4. He came off the injured list to log one run with two strikeouts in one inning against the Red Sox on Saturday. As for the Yankees, they’ll be playing reactively here as they finish off the regular season. It’s probably not a bad spot to get in on the Rays here.