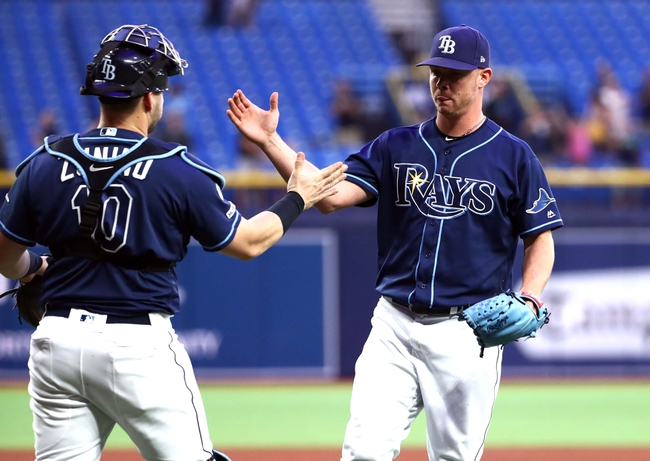 The Toronto Blue Jays and the Tampa Bay Rays will match up on the MLB diamond to kick off their series Thursday.

The Blue Jays are coming out of a set against the Braves this week. Toronto fell 6-3 on Monday in the opener there, and then lost again 7-2 on Tuesday.

Over on the Rays’ side, they’re coming out of a set against the Orioles. Tampa Bay fell in the first game of the Tuesday doubleheader but otherwise won Monday 5-4 and in the Tuesday nightcap 2-0.

The Blue Jays are 9-25 in their last 34 Thursday games and 1-4 in the last five in game one of a series. Toronto is 2-5 in Thornton’s last seven road starts and 0-5 in his last five starts.

Thornton has ben okay over his last three starts, allowing three earned runs in each for a total of nine earned in 15.0 innings. He’s 0-2 in his last five games, though.

As for Pruitt, he coughed up six earned relieving in Baltimore but came back strong on zero earned in 5.1 innings his last time up.

This should be an interesting pitching matchup; I’m going to stick with Pruitt and take the at-home Rays, though.