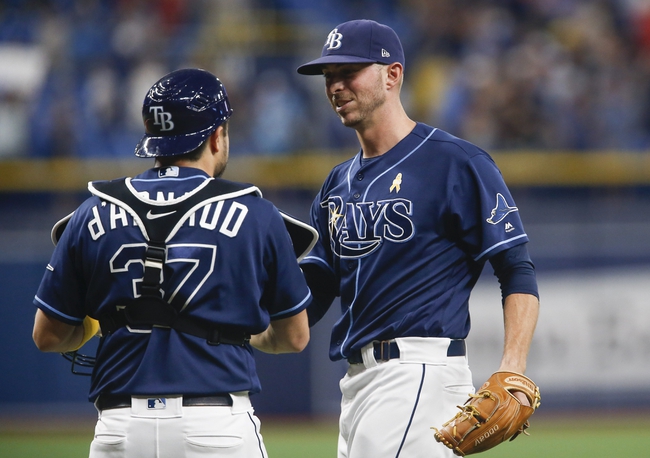 The Toronto Blue Jays and the Tampa Bay Rays will finish up their MLB series on Sunday.

The Rays took game one of this set Friday 5-0. In the Saturday game, Tampa Bay scored five runs again, taking a 5-3 victory.
For Sunday’s matchup, the Jays will send out Jacob Waguespack for the start. Over his 59.0 innings and 4-3 mark so far, Waguespack has a 3.97 ERA with 46 Ks and 22 BBs.

Over on the Rays’ side, they’re going with Tyler Glasnow on Sunday. Across 48.1 innings and a 6-1 record, Glasnow has a 1.86 ERA with 55 Ks and nine walks.
The Blue Jays are 5-11 in their last 16 in game four of a series and 0-8 in the last eight Sunday games. Toronto is 1-4 in Waguespack’s last five starts versus a team with a winning record as well.

Waguespack is 0-2 over his last two starts, giving up five earned on seven hits in 7.0 innings, but prior to that he had a pretty solid run going. As for Glasnow, he’s been cruising along pretty well but did suffer a loss in his last start (5.1 innings; three earned versus the Yankees). I like Glasnow to come out strong here so I’m going to go with the Rays in what should be a fun game.