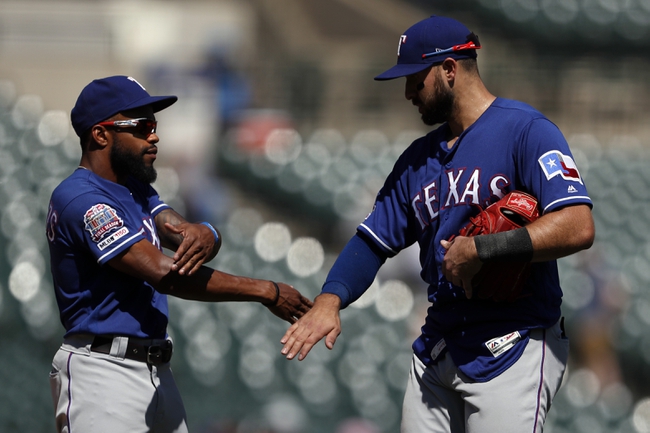 TV: FSDT, FSSW Stream the MLB Game of the Day all season on ESPN+. Sign up now!

The Detroit Tigers and the Texas Rangers will meet up on the MLB diamond Friday to open their series.

The Tigers are coming off a set against the Angels. Detroit split the first two games 7-2 (win) and 6-1 (loss), then were able to take the series with a 9-1 win on Wednesday.

For the Friday game, the Tigers will be sending out Tyler Alexander in the starting role. Over 16.1 innings and an 0-1 record this year, Alexander has a 3.86 ERA with 14 Ks and two walks.

Over on the Rangers’ side, they’re fresh out of a set against the Mariners. Texas split that pair with an 8-5 loss on Tuesday fellowed by a 9-7 victory on Wednesday.

Alexander had a quality start at home against the Jays (7.0 innings; one earned) but stumbled in a loss his last time up with 4.1 innings and four earned.

As for Lynn, he coughed up nine earned in 13.0 innings in his pair of recent losses but he got hit back in Oakland with 6.0 innings, one earned and another win. I’m going with Lynn and the Rangers in this one.