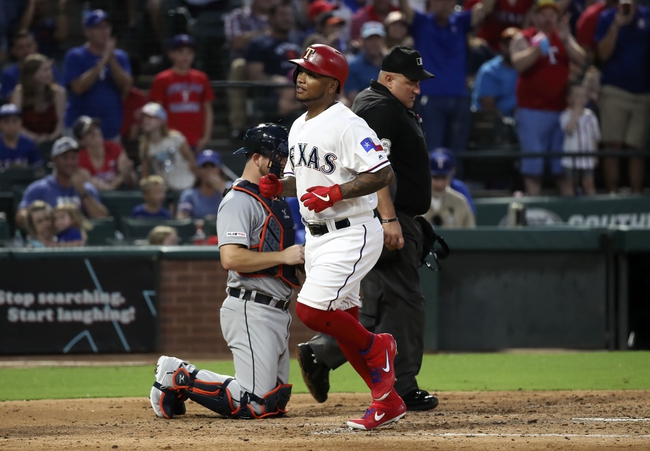 TV: FSDT, FSSW Stream the MLB Game of the Day all season on ESPN+. Sign up now!

The Detroit Tigers could use a win after losing 15 of their last 18 games. The Tigers have scored 17 runs in their last three games and four or more runs in four of their last eight games. The Detroit Tigers have split their last six games when scoring four or more runs. Miguel Cabrera leads the Tigers with 96 hits and 41 RBI while Niko Goodrum and Christin Stewart have combined for 159 hits and 70 RBI. Jordan Zimmermann gets the ball, and he is 1-8 with a 7.23 ERA and 45 strikeouts this season. Zimmermann is 1-2 with a 3.00 ERA and 15 strikeouts in his career against the Rangers.

The Texas Rangers look for a win after winning five of their last eight games. The Rangers have scored 19 runs in their last three games and four or more runs in eight straight games. The Texas Rangers have won six of their last nine games when scoring four or more runs. Elvis Andrus leads the Rangers with 113 hits and 52 RBI while Shin-Soo Choo and Nomar Mazara have combined for 205 hits and 99 RBI. Pedro Payano gets the ball, and he is 1-0 with a 3.18 ERA and 11 strikeouts this season. This will be Payano’s first career game against the Tigers.

Zimmermann has allowed 40 hits and 26 earned runs in his last 20.2 innings, and he's allowing a .320 batting average on the season with 20 walks and 45 strikeouts. Zimmermann has been nothing short of batting practice for opposing teams and the Tigers continue to be head and shoulders the worst team in baseball when it comes to money burned. Payano is a young pitcher with just 11.1 career innings under his belt, but there's no way I'm backing the Tigers with Zimmermann on the hill. It's Rangers or pass.