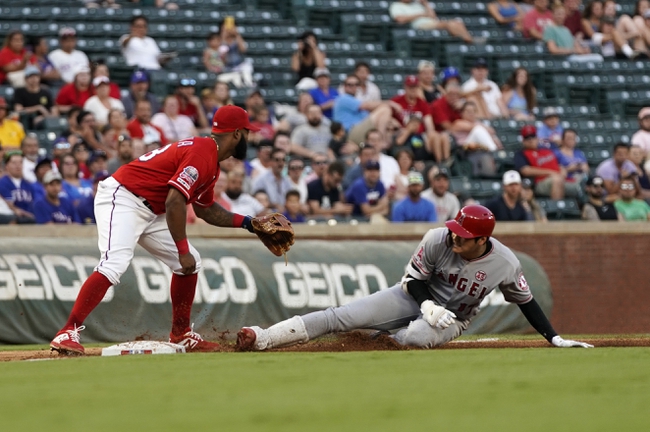 The Los Angeles Angels and Texas Rangers meet Tuesday in game two of an MLB doubleheader at Globe Life Park in Arlington.

The Texas Rangers could use a win after losing 10 of their last 13 games. The Rangers have scored 18 runs in their last three games and four or more runs in five of their last 10 games. The Texas Rangers have split their last eight games when scoring four or more runs. Elvis Andrus leads the Rangers with 130 hits and 58 RBI while Shin-Soo Choo and Nomar Mazara have combined for 229 hits and 109 RBI. Joe Palumbo gets the ball, and he is 0-1 with a 11.00 ERA and seven strikeouts this season. This will be Palumbo’s first career game against the Angels.

It's always tough to predict the outcome of game two of a doubleheader without knowing what happens in the first game, but I can't get behind the Ranges and Palumbo here. Palumbo has pitched just nine innings this season, and he's allowed 13 hits and 11 runs with three walks. Yes, almost all of that damage was in his first game against Cleveland and he was much better in his last game against Minnesota, but the numbers are still crazy for a short sample size. There's much better options on Tuesday's card, but if forced to pick, I'd lean toward the Angels.